I love history but I focus on a bunch of specific time periods (mostly the ‘newer-ish’ eras)…
I love Regency, American Civil War, the Victorian era (all over the world), the rediscovery of Egypt by the West, the Old West, WWI, WWII…

While I was living in Las Vegas with my family we participated in Civil War and Old West reenactments – sooo much fun! I’ll tell y’all some stories later.

But, moving back to Hawaii I knew I was going to miss the events. When I had lunch with an old friend of mine, the archivist of my high school (Yes. I am a complete geek!) she reminded me that the Mission Houses Museum covers the same era. 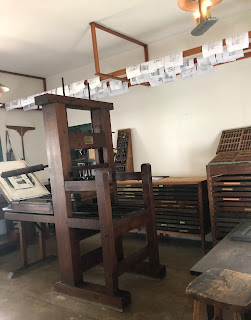 So off I went and I joined their Living History Program. I did educational tours for groups of adults and children. We dressed up from the era, mostly 1830-40s and took care of the herb garden, played games on the lawn. We even held Candlelight Christmas where visitors would walk through the house and encounter ‘scenes’ of life during the Mission period.

One of my favorite parts of the tour was the Print Shop. Made to resemble the first Print Shop created by the missionaries, it has a reproduction press and two of the chases (printing plates) are set to print the Lord’s Prayer in Hawaiian and a plate from a reading primer.

One of the misconceptions about the Missionaries that came to Hawaii is that they were trying to remove the Hawaiian Language from existence. In fact, they learned Hawaiian on the six month voyage from the Northeast Coast around the southern point of South America. 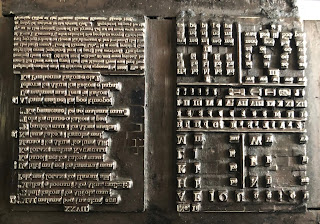 And when they printed their first Bible, it was in Hawaiian and bound in a fine leather cover and presented to the Queen Regent Ka'ahumanu.

It took ten years for them to translate and print the Bible. They took texts from different languages and some of the words had to be created. The Hawaiian language didn’t have words for concepts like Angels. And even when Doctor Judd translated a Western Anatomy book into Hawaiian, he had to make up a name for Shoulder Blade/Scapula, because it just didn’t exist in their language. 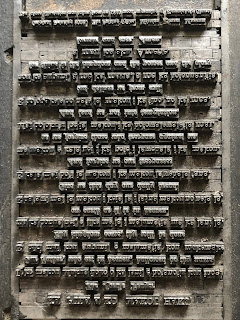 Why am I droning on about this?

The book that I have releasing tomorrow (1/9/19) has a hero who owns a print shop. I did this partially because I love that connection to a great time in my life. Actually using the press during the tours, inking, printing, showing the visitors how to drape the printed sheets up over beams to dry them, then press them flat. I loved that room, it felt like home.

So part of the love I’m trying to share with readers is my own love for the printed word. While Silas’ press is much more ‘modern’ than the reproduction type I worked on, I can almost imagine being in the room beside Silas and Imogene as they fall in love in his little print shop in Bower, Colorado.


Imogene Wigg has loved her life at the foundling home where she was raised. It gave her a loving family and the skills to better her mind and her future. When she finds out that they all have to leave their home, she doesn’t want to go, but Madam didn’t raise her to be a shrinking violet. So, while everyone thinks she’s headed to Bower, Colorado to be a Mail-Order Bride, she’s actually going there to apply for a job… in a print shop. There is nothing in the world so exciting to Imogene as the creation of the printed word and she wanted to help create it. 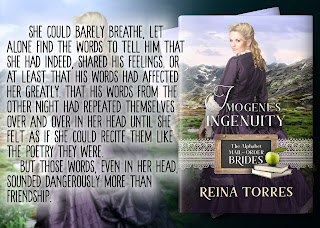 Printer Silas Hix has been advertising for an assistant, but the one man who inquired about the job hasn’t shown up. Instead, he meets a young woman with a keen mind and an interest in his work. It’s just too bad that a bachelor can’t hire an unmarried woman to work alone with him. What would people say?

But sometimes it’s hard to remember his reservations when he realizes that Imogene is probably the only person in the world he’s ever had an easy time being with, or wanted to spend more time with just to see her smile, or hear anything she has to say.

Well, it turns out that Mother Nature has plenty to say about the two who share a love for printing machines and don’t mind ink stains on their fingers. She’s not above stacking the deck in their favor and suddenly the future’s out of both of their hands and in front of the Pastor.


What does fate have to say now that they’ve met someone who is just their ‘type’?
This book, the ninth in “The Alphabet Mail-Order Brides” series, and is connected to my “Bower, Colorado” Series.


Pick up Your Copy as a loan from Kindle Unlimited or for $2.99 for your Kindle Library
Posted by Reina Torres at 1:00 AM