With our New Year comes resolutions and goal setting. Is it that way at your home, too? At the first of any new beginning, I tend to re-evaluate and plan ahead. I’m a big list maker.

In fact, one of the first sentences our youngest daughter uttered was, “Let’s make a list.” I’d just told her we needed to go to the grocery store. Ah, we see ourselves echoed in our children.

Do you keep your resolutions and meet your goals? Here is where I confess I fell short of my goals last year. Life kept interfering and interfering. I’m hoping 2019 will be more cooperative. 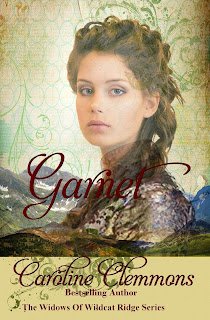 First on my list is to finish GARNET, the next in the Widows of Wildcat Ridge Series. These are clean and wholesome books. BLESSING was the second of the series and GARNET is the ninth. These are my only two entries in this intriguing series centered around the survivors of a mining disaster. GARNET is up for preorder and will release on January 16, which would be my mother's birthday.  The universal link for all Amazon stores is http://getbook.at/GarnetWOWR. 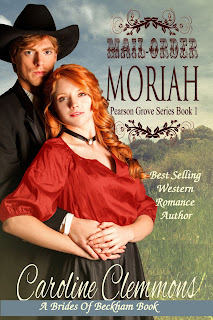 Next up will be my new Pearson Grove series. The first, MAIL-ORDER MORIAH, came out in November, also a clean and wholesome romance. The universal Amazon link is http://getbook.at/MORIAH. There will be six more in that series: Felicity, Alexandra, Deborah, Lula, Corrine, and Evelyn. Pearson was the first name of my father. He was always so supportive of my writing and I wanted to do something to honor him.

I also want to write more in the Kincaid, McClintock, and Stone Mountain series. There aren’t enough hours in the day to accomplish all I plan. In the meantime, I'll keep crossing things off my list as they become reality.