Thank you so much for visiting Smart Girls Read Romance. Many of the blog posts I've read since January 1st are about 'goals' and 'resolutions' people made for 2019. I try not to set too many goals and set myself up for failure. Many goals are not obtained no matter how hard we try.

But...if you're still looking for a post about New Years' Resolutions, I'll share my one and only goal for 2019 with you. So...here it is: "Keep my feet above the grass." That's it. Life is complicated and I consider it a great success if I can stay healthy and alive this year. I think it's a great goal for everyone!

My blog post today is about something more palatable - Famous Lovers In History (whether fictional or mythological). Who among us doesn't love to read about true love or soul mates? I hope you find some inspiring love stories below - ones that make you believe in finding love everlasting (or keeping love everlasting). 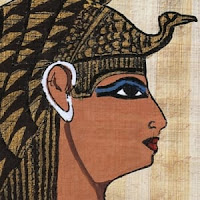 Cleopatra and Mark Antony
The true love story of Antony and Cleopatra is one of the most memorable, intriguing and moving of all times. The story of these two historical characters had later been dramatized by William Shakespeare and is still staged all over the world. The relationship of Antony and Cleopatra is a true test of love. They fell in love at first sight. The relationship between these two powerful people put the country of Egypt in a powerful position. But their love affair outraged the Romans who were wary of the growing powers of the Egyptians. Despite all the threats, Anthony and Cleopatra got married. It is said that while fighting a battle against Romans, Antony got false news of Cleopatra's death. Shattered, he fell on his sword. When Cleopatra learned about Antony 's death, she was shocked. And she took her own life. Great love demands great sacrifices. 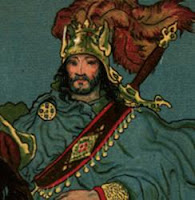 grew slowly, as Guinevere kept Lancelot away from her. Eventually, however, her love and passion overpowered her and the pair became lovers. One night, Sir Agravain and Sir Modred, King Arthur's nephew, led a band of 12 knights to Guinevere's chamber where they burst in upon the lovers. Discovered, Sir Lancelot made a fighting escape, but poor Guinevere was not so lucky. She was seized and condemned to burn to death for her adultery. Fear not. Sir Lancelot returned several days later to rescue his beloved Guinevere from the fire. This whole sad affair divided the Knights of the Round Table and weakened Arthur's kingdom. Poor Lancelot ended his days as a lowly hermit and Guinevere became a nun at Amesbury where she died. 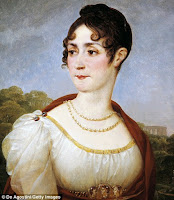 Napoleon and Josephine
A marriage of convenience, at age 26 Napoleon took a fancy to Josephine. An older, prominent, and most importantly wealthy woman. As time drew on, Napoleon fell deeply in love with Josephine, and she with him, but that didn't deter the adultery on both sides-their mutual respect for one another kept them together, and their burning passion between them didn't falter, and was genuine. They eventually split, as Napoleon deeply required something Josephine could not give him, an heir. Sadly they parted ways, both bearing the love and passion in their hearts, for all eternity.


Marie and Pierre Curie
This is a story about partners in love and science. Unable to continue her studies in Poland because universities did not admit women, Maria Sklodowska Curie traveled to Paris in 1891 to attend the Sorbonne. Known by the French "Marie," she spent every spare hour reading in the library or in the 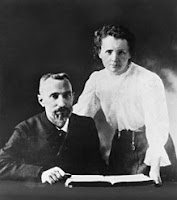 laboratory. The industrious student caught the eye of Pierre Curie, director one of the laboratories where Marie worked. Curie ardently wooed Marie and made several marriage proposals. They were finally married in 1895 and began their famous partnership. In 1898 they discovered polonium and radium. The Curies and scientist Henri Becquerel won a Nobel Prize for Physics in 1903 for discovering radioactivity. When Curie died in 1904, Marie pledged to carry on their work. She took his place at the Sorbonne, becoming the school's first female teacher. In 1911 she became the first person to win a second Nobel Prize, this time for chemistry. She continued to experiment and lecture until her death of leukemia in 1934, driven by the memory of the man she loved.

I hope you enjoyed reading about these famous lovers because that's what 'Romance" is all about...love.

As you can see, I'm all about Romance and love writing about characters who might go through many trials and tribulations but in the end, find true love.

"Where The Rain is Made was a surprising blend of genres. While solidly building on a foundation of romance, it is so much more. The paranormal aspect of time travel and shamanism is painted realistically and establishes the authenticity of the story while allowing modern-day influences to be brought into a past time through the hero's modern perspective. The reader is swept along with the emotions of the characters; fears of impending war, devotion to culture, love of family, horror at the necessary brutality of the Dog Soldier. The plot and characters are well developed and their ties to history and each other ebb and flow logically, but not predictably, securing the reader’s interest until the end."

A decadent-looking savage has captured Francesca DuVall and her brother Marsh. These days, she spends every waking moment planning escape from the brutal Dog Soldiers' village.

Ethan Gray is a curator at a national museum . . . until he travels through time to help his beloved People. In the Cheyenne world he's known as Meko, leader of the most revered and fearsome tribe of the plains. 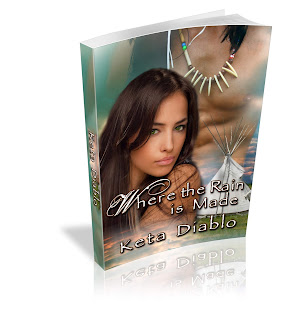