First of all, I invite you to come to the best party of the year: Much Ado About Silver City 2018.  It's a hoot!  You don't want to miss this one, especially if you love the Old West.  Why?  Because the Old West never died at Silver City.  It's NOT a tourist town with fake shoot-outs and such.  It's the real deal.  No electricity, no phones, no television, no internet.  You make your own entertainment and actually visit with people face to face.  We have great music and lots of fun things planned.  And the food at the Idaho Hotel is absolutely outstanding.  Don't miss the Jerri Berry pie!!! 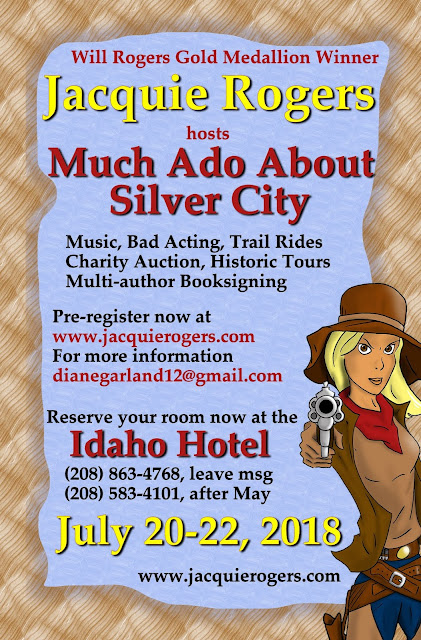 But we do know that when Sound Transit cuts us a check for our house (they're going to crush our house and build a railroad track here), we have seven days to buy another and move.  Yes, seven days to clear out fourteen years of junk, er, memories.  They want us to give them a destination address now, but they don't seem to understand that most people don't have the purchase price for a house in their cookie jars.  So it goes.  Maybe next month we'll be living here and maybe not.

Meantime, the Purge is On (sung to the tune of The Heat is On). 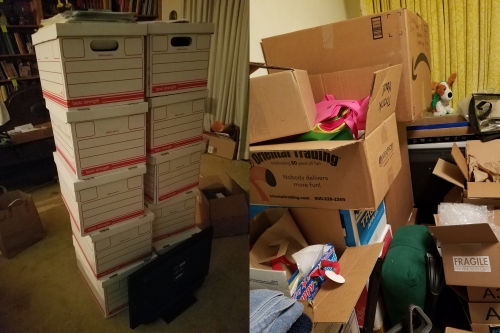 Yes, we're living in a mess and it's going to get worse before it gets better, so we just have to keep our eye on the end result, which should be very positive.  Mr R has now fully retired so it's time to move on to the fun stage of life.  This just hurried things up a bit.

Meantime, my daughter thought I needed a little refreshment, so, in honor of the Pickle Barrel Bar and Books (my Facebook group), she brought these over to cheer me up: 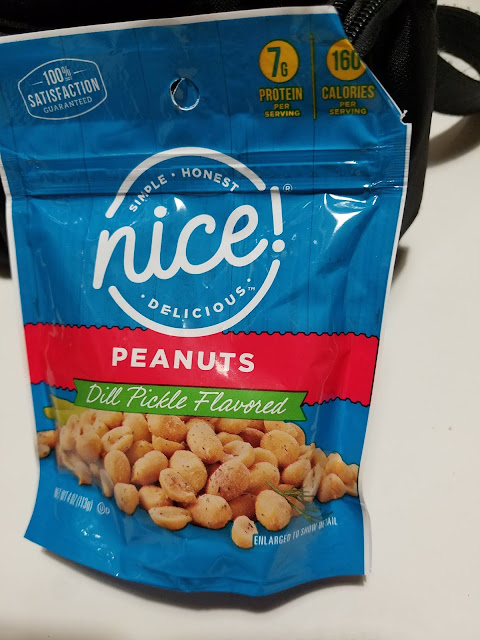 While I've been editing my last story (more about that in a minute) and purging/packing, Honey Beaulieu has headed to Europe with Diane Garland.  Those two are always finding trouble!

I just finished a story titled A Family for Polly, and it's connected to A Family for Merry by Caroline Clemmons (read hers first, then mine).  These stories along with Carra Copelin's story will be released July 19 in a boxed set Under a Mulberry Moon, so be watching for it! 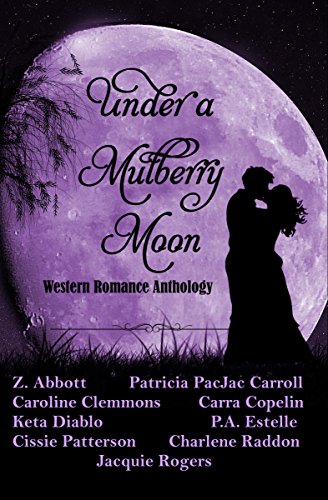 While you're waiting for that book to come out, you might as well read my latest release, the sixth book in the Hearts of Owyhee series, Much Ado About Mail-Order Brides.

Detra Fitch, Huntress Reviews: "This story is, for lack of a more appropriate word, FUN! The main male character is busy with three brides, a blacksmith shop to open, an enemy from the past out for revenge, and a yearning for a café owner. The main female has a restaurant to run, two boys underfoot, an old flame popping up, and she melts any time she meets the eyes of the new blacksmith. So the author has inserted romance, obstacles, and let us not forget humor – such as Bram’s birthday party that is crashed by a huge dog, cat, kittens, and raccoons. Hilarious chaos ensued! This is the author’s outstanding ability: To give her readers a thoroughly entertaining story. This is not one to miss!" 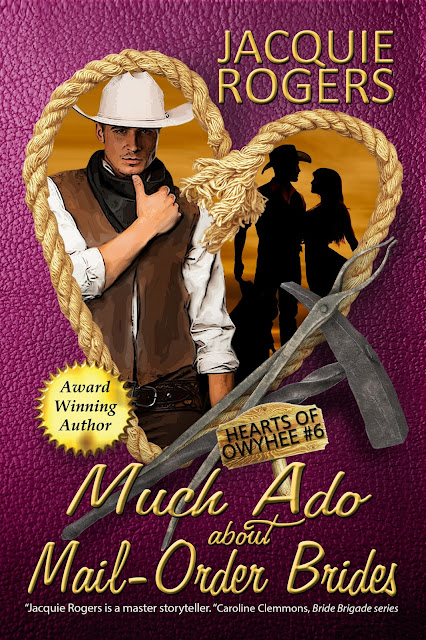 Enjoy your 4th of July, and Happy Reading!

Posted by Jacquie Rogers at 5:34 AM