By Caroline Clemmons for Reina Torres

Is your summer filled with lazy days for hectic ones? For most of us, time marches regardless of the time of year. Still, summer does spark a change in routine.

Are you a fan of cooking outdoors? Food tastes differently when cooked over a grill. This time of year, many people love firing up the grill.

Here’s a recipe to serve with your backyard picnic: 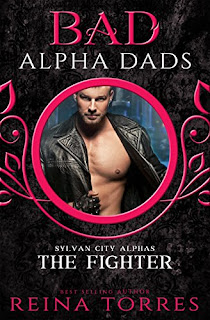 The first rule about owning a fight club is it’s no place for kids. Even shifters.
Cage Gamble, a Jaguar Shifter in Sylvan City, owns the first licensed ‘fight club’ where men and shifters could fight in the ring or the cage. It was a good life, some work and a lot of play, until he was called to England to take custody of his best friend’s daughter. Her father’s sudden passing left her in Cage’s care. He could handle a berserk bear shifter or a gorilla full of rage with one hand, but a moody teenage lioness? Not so much.
Just when he was nearly ready to string himself up from the nearest light post and jump, his old commanding officer throws him a lifeline.

Maggie Fordice, the Colonel’s once rebellious daughter, is all grown up and moving home to Sylvan City. On paper she was just what he needed, a teen-whisperer. But up close and very personal, she was also what he didn’t need. Whip smart and voluptuous, she was a woman who could send him up in flames with a look or a wiggle.

Maggie was ready to light a match and burn his resistance to the ground, even when helping him brought danger to her doorstep. Was Cage going to fight what he felt for the fiery woman who lived across the street? Or was he going to fight for what they could have… everything?

The Amazon buy link is http://a.co/doTPdts

Don't miss one of Reina Torres books! Check out her Amazon Author Page.
Posted by Caroline Clemmons at 11:23 AM