Welcome to Smart Girls Read Romance. I’m Keta Diablo, a romance writer and reader. Often writers are asked, “When did you first know you wanted to be a writer or, when did you start writing?” I’m pretty sure the writer in me was awakened in the 7th grade. To find out how, read all about it below.

(Oh, and this is my first time posting on this FAB blog. Thanks so much to all the wonderful authors who contribute to Smart Girls Read Romance.)

Have you ever heard a word that somehow reminds you of a certain time and place, almost like a Déjà vu? Take the word ‘sultry’, for instance. Sultry reminds some people of steamed heat or an image of Marilyn Monroe standing over a street vent, her short skirt billowing about her. The dictionary says sultry means to be hot with passion or to be capable of exciting strong desire. Sultry can also mean sweltering or torrid. 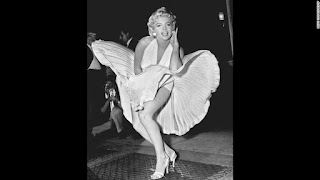 I’ll go with sweltering, the sweltering heat of the deep South and a wonderful book called To Kill A Mockingbird by Harper Lee. In the seventh grade, my teacher placed that book on my desk, along with a handwritten note that said: “Read this, Keta. I think the book will open many doors for you.”

At the time, I thought the note strange, but then Miss Holmquist was a strange woman. (She had too many idiosyncrasies to list here). Still, the missive piqued my interest. How could books open doors and why did I want to read about some old lawyer in a small southern town? What’s more, what kind of people  named their children Jem and Scout?

I took the book home and several days passed before I opened it and read the first line, When he was nearly thirteen my brother Jem got his arm badly broken at the elbow. Hmm, this Ms. Harper Lee, whoever she is, had grabbed my attention with that opening. I wondered who Jem was and wanted to know how he broke his arm. 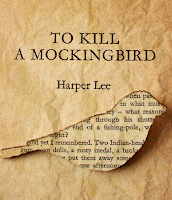 From that moment I was hooked – mesmerized with the story, in awe over the character names, Boo Radley, Aunt Avery, Dill, Atticus, Calpurnia, and even the young girl named Mayella. To this day I’m in awe of the plot, the personalities, and the vivid descriptions of the town and the people who lived there. I think I’ve read the book a thousand times (slight exaggeration).

So why does the word “sultry” remind me of To Kill A Mockingbird? Because for the first time in my life I realized that by simply turning the pages, I could feel the sultry heat of another place, taste the hostile prejudice of human beings and agonize over the hatred between black and white.

“So what did you discover after reading this book?” Miss Holmquist asked me two weeks later.  I didn’t know where to begin. Should I tell her about the rollercoaster of emotions I went through while reading it? Should I ask her why the jury convicted Tom even though he was innocent? Maybe I should tell her how much I admired Scout when she diffused an explosive situation between Atticus and the old-timers of the town with a simple, “Hey there, Mr. Ewell, how’s your boy, Henry doing?”

I didn’t ask her any of those questions, but I did tell her the book evoked feelings in me I didn’t know existed. I told her about the bitter taste in my mouth over a word called prejudice, and I told her I actually felt the hot, sultry sun of Maycomb County.

Some days, I wish I could go back to 7th grade and ask Miss Holmquist if she knew that one day To Kill A Mockingbird would be one of the best-loved stories of all time, that it would earn many accolades since its original publication in 1960. I’d ask her if she thought it would win the Pulitzer Prize one day and be translated into more than forty languages. And Miss Holmquist, do you think it will sell more than thirty million copies worldwide and be made into an enormously popular movie?

You know, I think Miss Holmquist would have said, “Yes, I do think Miss Lee’s novel will achieve all those things and more, but the most important thing, Keta, To Kill A Mockingbird will transport you to the sultry heat of the deep south and will take you to places you never dreamed existed.”

And to that I would say, “Thank you, Miss Holmquist.”

"Real courage is when  you know you're licked before you begin, but you begin anyway to see it through. No matter what." Harper Lee

"Atticus told me to delete the adjectives and I'd have the facts." Scout

"If there's just one kind of folks, why can't they all get along with one another?" Jem

I love to write about Native Americans, cowboys, animals and…ghosts. While going over my back list of books recently, I realized how many stories included furry friends and dead spirits (most of them evil).

My two most recent stories also include both.

A Ghost To Die For 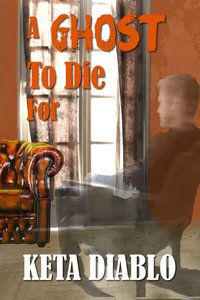 Do you believe in ghosts? Rooney Fontaine doesn't—or didn't until one named Stuart Granger showed up in her hotel room. Now the humorous, yet desperate,apparition is begging her to find the men who murdered him before his brother becomes their next victim.

After serving three tours in Afghanistan and one in Iraq,Stephan Granger is no stranger to risk and peril. When a woman shows up at his house rambling about ghosts, murder and assassins, his first inclination is to deem her wrong in the head and send her packing. But how does she know things that happened to him and his dear departed brother in their childhoods, secrets they never shared with anyone?

Soon after he invites her in to hear more about what really happened to Stuart, gunfire splits the air and shatters all the windows in the house. Someone is trying to kill them. Now they're on the run from assassins while trying to find out who killed his brother and why they want him dead too.

Even amid murder and mayhem, sometimes you find love.
Here on Amazon 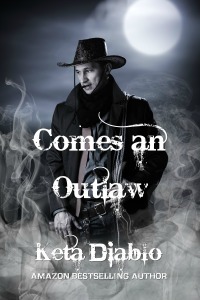 When a tragic accident claims her husband's life, Jesse Santos must find a way to keep the ranch, the only home her 12-year-old son has ever known.  The ranch hands have abandoned her, a gang of cutthroat ranchers want her land and an ancient Yaqui Indian insists a spirit has taken up residence in the house.

After a fifteen-year absence, her husband's brother, Coy, returns to his childhood home. He doesn't plan on staying, and he certainly doesn't intend to settle down with a widow and her son…no matter how pretty she is.

Thanks so much for stopping by Smart Girls Read Romance.
Hope to see you next month!