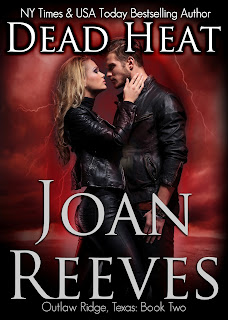 The dictionary defines Dead Heat as: a race in which two or more competitors finish in a tie.

In my novel Dead Heat, Sabrina Snow and John Galloway want to make sure there is no tie, that they triumph over the villain. The clock is ticking, and there's no time for mistakes.

Dead Heat is the second book in my Outlaw Ridge, Texas, series, and it was just as much fun to write as the first book Heat Lightning.

She lies for a living so how can he trust her?

Sabrina Snow knew she was going to get herself killed if she didn’t get help. Someone was after her, and he wasn't going to stop. She ran to the only man she trusted...the only man who had the skills to save her.

Too bad Navy SEAL John Galloway probably hated her. That didn't matter because she owed him the truth even though she'd wanted to keep the knowledge from him. But what if she were killed? John needed to know where to look. If he'd hated her before, what would he feel once he learned the depth of her deception?

For me, naming the bad guy is always harder than naming the good guys. While an author wants a book to become a huge bestseller, we don't want to use a common name that may become associated with a heinous fictional villain. We definitely don't want to cause grief for a perfectly nice real person.

In naming villains, I do what Thomas Harris did in Silence of the Lambs. I create a moniker that probably isn't held by a real person. I mean have you ever heard of a real man named Hannibal Lechter? I don't think so. I followed Harris's method in Heat Lightning, Book 1 of Outlaw Ridge, and I did it in Dead Heat also. 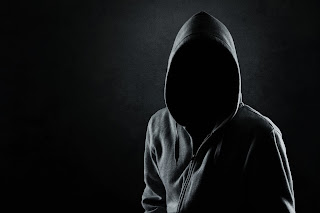 In Dead Heat, the villain is known by many names. I introduce him early in the book as Shaitan--The Devil--a name from Islamic myth. He's known by whatever the most common surname is in the country in which he operates: Kuznetsky in Russia and the former Soviet bloc countries; Kowalski in Poland; Kovacs in the Czech Republic, etc. If he had a base of operations in the U.S., his name would be Smith.

The only thing that saved Sabrina Snow was the too-sensitive car alarm on the twenty-year-old Renault Espace she’d bought when she’d arrived in France.

One minute she’d been sound asleep, dreaming about babies and blue skies. The next, the old car’s wailing alarm split the night.

Adrenalin dumped into her bloodstream, and her internal timer kicked in.

Sabrina didn’t hesitate or take time to look out the window to see what or who had set off the ultra sensitive alarm. She thrust her feet into her hiking boots, slapped the Velcro fasteners into place, and grabbed her Glock from the nightstand. Over the ululating siren, she heard men shouting—cursing in Albanian—she thought. 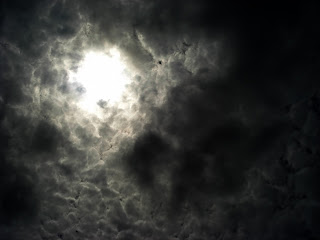 Another second or two is all it would take for someone with the right explosives to breach the old farmhouse’s heavy wooden door. Her combat knife was in its Kydex sheath strapped just above her right ankle and a spare knife, along with a double-stack magazine for her Glock, was in a webbing sheath hooked to her belt.

She snagged her thermal coat from the doorknob on her way out of the room. The basics for escape and evasion were in the coat pockets even though she had that and more in her go-bag. She shoved her arms in the coat sleeves and zipped it as she raced downstairs.

She threw open the cellar door, leaped down the short flight of stairs, and headed for the hidden entrance to the tunnel.

Desperation gave her strength and speed. She shoved aside the dusty pile of old carpet and furniture that hid the opening to the tunnel and crawled inside. The dank smell of earth that hadn’t been disturbed in decades created an anxiety of its own. She didn’t like tunnels or small spaces. She slid the straps of the go-bag she’d placed there—just in case—onto her back. 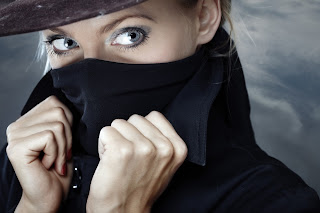 Sabrina pulled the timer from beneath a pile of rags. Her hands were steady as she set it to blow the charges she’d placed three feet inside the tunnel. She knew how much lead time she needed to reach the ladder at the other end. She shoved the timer under the rags.

Her feet wanted to fly, but discipline forced her to replace the carefully-constructed camouflage that hid the tunnel opening. That might buy her another minute. Maybe two if the hit team wasn’t very good.

The muffled boom of an explosion shook the old house. Dust drifted down from the tunnel ceiling. The front door had been blown. Her internal clock automatically switched to a countdown.

Three minutes to reach the other end of the tunnel and climb out.

With the Glock in her hand—just in case—Sabrina ran flat out, or as near to flat out as she could, given the height of the tunnel wasn’t made to accommodate her five feet ten inches of height.

When the charges went off, there would be nothing left of the ramshackle building, nor the earthen tunnel that had been dug by French resistance fighters in the second World War. There wouldn’t be anything left of her either if she was still in the tunnel. 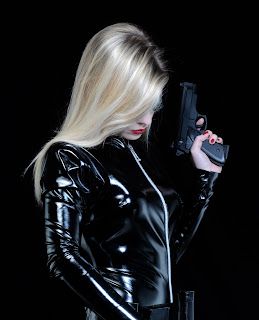 In the past, she’d managed a six-minute mile when she’d been in peak condition. Not bad, considering the Russian woman who held the world record had done it in a bit more than four minutes. But she’d never aspired to breaking records—just staying alive.

Sabrina’s breathing was loud and fast. Too fast. She wished she could have tacked on an extra thirty seconds. She wasn’t in peak condition. Hadn’t been for more than two years. Even though the other end of the tunnel wasn’t quite a mile, she was cutting it close.

The house wasn’t that large, and the only room with furniture had been the bedroom. She expected the hit team to get to the basement right about now. Sooner if they were good—or reckless. If she were lucky, it would take seconds more for them to find the camouflaged opening to the tunnel.

Assuming they didn’t already know about it.

Sabrina pushed that thought to the back of her mind and focused on getting to the other end of the dark tunnel.

One minute and thirty seconds left.

She’d walked the tunnel enough times that she didn’t need a flashlight. The last time she’d had to run like this as if her life depended on it—which it did—was the last time Shaitan had sent a hit team for her.

A sharp pain bit into her side. She ignored it and kept running. Gulping the musty air, she reached the ladder at the other end. She’d have to increase the intensity of her workouts if she expected to stay alive. She dropped the Glock into her coat pocket and stepped onto the bottom rung of the rusty iron ladder and ascended, two rungs at a time. 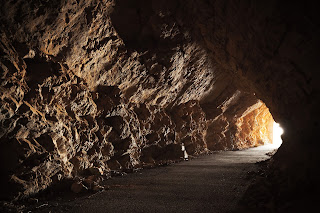 Breathless, she reached her right hand up and found the square wood frame buried in the hard packed dirt. Her fingers searched for the crude wooden latch that secured the tunnel’s cover. A splinter rewarded her fumbling fingers, but she found the six-inch long chunk of wood. She gripped the handle, turned it, and pushed upward. The wooden hatch didn’t budge.

No! Not after all the preparations she’d made. Refusing to believe she was trapped in the tunnel, she pushed harder. Nothing. She removed the backpack and held it in her right hand while she steadied herself with her left on the ladder. She climbed up another rung, until she was stooped below the hatch. She clung to the cold metal rung, bowed her back, and pushed up. Pain stabbed her back where it met the unyielding wood, but she kept pushing. The hatch shifted a little.

Despite the cold December air, Sabrina perspired. Something was blocking the exit. Encouraged by the small bit of movement in the hatch, she stepped down, slung the backpack on, pulled the straps tight, and repeated the movement, pushing upward with all her strength. She gave it everything she had.

The wood creaked. Frantic now, she shoved even harder, groaning with the effort. 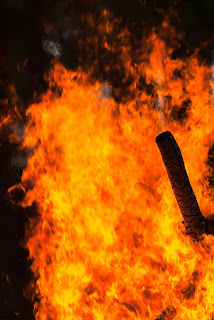 Pre-Order Your Copy of Dead Heat

Dead Heat is available now for the pre-release price of 99 cents.

Even though this book is part of the Outlaw Ridge, Texas, series, you don't have to read the first book in order to enjoy this second in the series.

Of course, I'd love it if you did grab the first book Heat Lightning. It's free on Kindle Unlimited or only $2.99 to buy.

Get a free ebook today! Just click to claim yours. Joan is giving away copies of one of her most popular romantic comedies. Just click and follow the prompts. The download link for the free book will be sent to your Inbox.