Here in West Tennessee autumn is slowing closing in on us. We've closed the pool, and while most of the leaves are still on the trees, more and more are dotting the lawn--not to mention clogging our gutters. I'm about to face my second winter in a colder climate than what I lived in for twenty years. Hope I can survive without too many layers of clothes.

So my first year in Germantown has passed and I'm happy. This is a milestone I can live with. I get to see my son, his wife, and the grandkids on a regular basis, which is why we moved in the first place.

There are other milestones in my life--some good, some not so noteworthy.

My birthday is next month. I will turn seventy. Damn, that seems old. Maybe because it is? I didn't have much of a problem with thirty. I still looked and felt young. Forty was a big milestone. I don't remember how I felt, but with kids and activities galore, I doubt if I gave it much thought--although I do recall having a dream in which my recently deceased mother appeared at the foot of the bed to wish me a happy birthday. To this day, I'm still not certain it was a dream.

When I turned fifty, I paused to reflect that I had most likely lived over half of my lifespan. I began to think about death, dying, and all I still wanted to do in life. I didn't like my sixtieth birthday. It signaled I was nearing that milestone no one likes to think about--retirement. I also had to realize that things I used to do without a care had suddenly become harder--like driving at night, my vision (hello, bifocals), and not having the stamina to go full steam with projects.

Sixty-five brought home the fact that according to the government, I was now a senior citizen. I could collect social security and apply for Medicare. I was bummed for months.

And now I am approaching seventy. I've accepted the bifocals, and only drive at night if I know the route well. I've also acknowledged that I need help with doing things that were once a breeze, like cleaning the house. We broke down and now have a maid service in every two weeks. My son does a lot of repair work my husband can no longer manage.

And this is another milestone--my sixteenth book, Point of View, the sequel to Through My Eyes is now officially available in both paperback and e-formats from www.thewildrosepress.com and over at www.amazon.com.

Here's a description and the cover.

Psychic Sasha Bellwood and her former fiance, Detective Reed McIntyre are once again thrown together to find a killer before he strikes. In the past two years, Sasha's psychic abilities have strengthened and now she works with the Memphis police to solve crimes. However, not all is well within the department. Her boss is being replaced with a skeptical detective who feels he's been demoted. Sasha is under pressure to produce, but her emotional state has deteriorated creating self-doubt regarding her ability to interpret the nightmares and visions. Then the new detective is murdered. And Sasha's vision of the killing is not clear. Reed, concerned for her, agrees to help. But the two quickly discover that their love has not diminished, and when Sasha becomes the target of the killer, their worlds are changed forever. 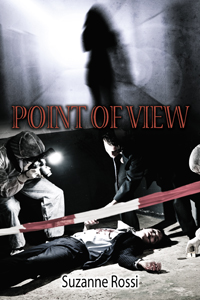 That's all for this month. See you then, and may everyone have a wonderful Thanksgiving.