Who knew choosing names for characters was such a big deal?

When I first began publishing, choosing a name wasn’t so hard. I looked for strong names for men and era appropriate names for women. For villains, I used names of people who had, historically, caused my family harm. As my list of books grew, so did the difficulty of choosing character names.
I have to admit I’ve goofed a few times. I have two stories in which the heroine is named Beth, short for Elizabeth, because that’s a name I love and one which repeats in my family. In two books, I use McDonald as the hero’s surname although the books are not linked in any way. 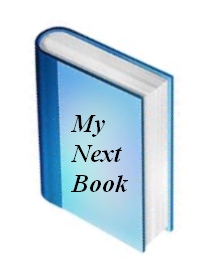 For each series, I keep a bible (not as in The Bible) of facts and characters. Each character’s name includes a brief description and occupation if important. You’d think this would keep me on target, but I still goofed on the Stone Mountain (Texas) series. A deputy sheriff started with the nickname Buster (named for my wonderful late brother-in-law Buster Reed) and suddenly appeared as Sheriff Butch Parrish in a later book. Oops! I’d plead temporary befuzzlement because I’d just written a post on Butch Cassidy and the Sundance Kid for another blog, but that’s really no excuse.

Now I keep a list of each book’s title plus names of hero and heroine and heroine’s hair and eye color. Since my personal hero has dark hair and blue eyes, so do my storybook heroes unless I need (rarely) to vary the pattern. I did for Eduardo Montoya in the Stone Mountain (Texas) series and Nathaniel Bartholomew in the Kincaid series.  For historical names, I rely on my ancestry. Our family used some names that are real doozies, but I love unusual names of each period—Parmelia, Delthene, Atheline, Venice.

One year I attended a seminar at a Romance Writers of America Conference on naming characters. The presenter suggested using names with strong consonants with a hard sound of K, D, and T for a hero. Also, she suggested strong mental images for a hero's name. I hope I’ve done that for the surnames of Stone, Hunter, Kinkaid, McClintock, Knight, and others.

Authors of numerous books face this challenge. I’m sure of this because on author-only loops I see posts asking for name suggestions. Eventually we become stumped.

That was fun, so I thought I’d do that again. Someone who leaves a comment on this posts can choose the name for the heroine of an upcoming book—IF I haven’t already used the name. Upcoming books include a heroine in 1887.

Any suggestions? If so, please leave them in a comment. In addition to character naming rights, the winner gets a $20 Amazon card.