To schnellisch someone, say a naughty child, means to give them a quick flick using your thumb and forefinger--a mild, but attention grabbing reprimand. I learned this Pennsylvania Dutch expression from my Mennonite mother-in-law. My husband, Dennis, suggested I give Puppy Cooper a schnellisch when he vociferously refused to stop chewing on my hand while I crawled around wiping the kitchen floor. I didn't, but that's how common this term is in our household. 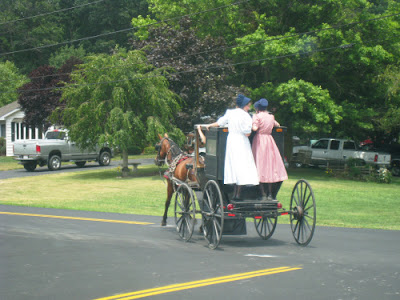 (Not far from our farm)

My mother-In-Law has dementia but remembers old expressions and ways of doing things, like boiling up her wash in a big kettle before they got a washing machine, and it would have been a primitive model. I'm researching early Mennonites for a ghostly time travel romance back to the Civil War era in the Shenandoah Valley. Dennis comes from a long line of German/Swiss Mennonites who settled in our lush valley about the time my Scots-Irish ancestors did, the early-mid 1700's, but at opposite ends. The two groups didn't intermingle much until our generation. We were high school sweethearts, and I joined the New Order Mennonite church when we were engaged soon after my graduation. We married young. I've learned there are MANY orders of Mennonites and he's related to them all, but my Presbyterian roots are strong. I'm a part of this community, and yet apart. Many of our neighbors are Old Orders and buggies frequently trot past our farm. They are good people. 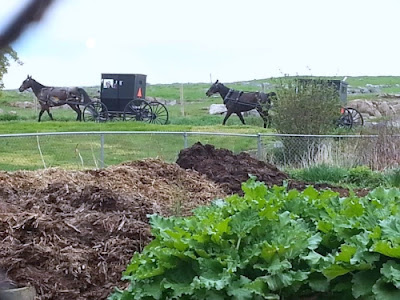 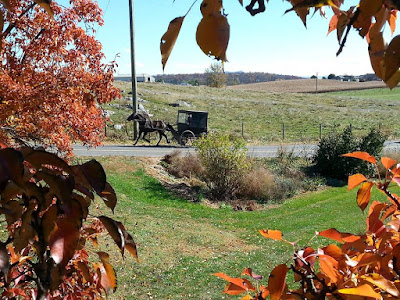 (Images taken spring and fall in front of our farm)

One of Dennis' Shank ancestors had a house and barn burned during Sheridan's infamous march into the valley, the autumn of 1864, when he burned and plundered 'the breadbasket of the Confederacy.' Most Mennonites were Union sympathizers, considering secession to be treason. Not a popular view in the south. They didn't own slaves, against their beliefs, plus they were pacifists, so refused to fight in the war, but they suffered along with everyone else when Sheridan laid waste to the land. A lot of barns, mills, and some homes went up in flames. Sheridan said a crow would have to pack his lunch to fly from one end of the valley to the other, as little food as the Union army left in its fiery wake. Sheridan didn't care what side folk were on.The suffering that followed his visitation was terrible. The valley was already hard hit by the war. No one who lives here and knows our history would ever name their son Sheridan. I can't imagine how people survived except to hunt and gather from what was left and what they'd managed to hide. My ancestors were here then, too. They left letters and journals about the horrors of war on their doorstep, 'the enemy in our land', and the challenges of daily life. My Virginia forebears fought vigorously for the Confederacy, but that's another story. Back to the Mennonites. 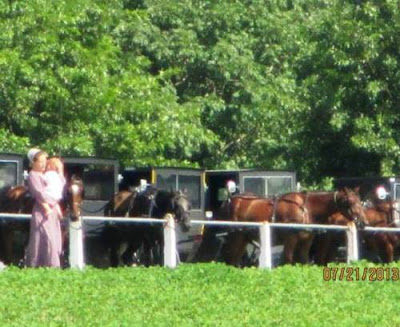 (Old Order Mennonite Church up the road from us)

While doing my research, I learned many Mennonites and other plain people, such as the Dunkard Brethren and Quakers, ran what they called the Unionist Underground Railroad (separate from the famous one for helping slaves escape). This operation was kept hush hush as they were at constant risk of incurring the wrath of their Confederate supporting neighbors. Sadly, some did. There were murders, burnings, robberies... But Mennonite men who couldn't afford to buy their way out of service in the Confederate Army, or when that was no longer an option, and didn't believe in sending someone to fight in their place, had no choice other than to flee. The Unionist Underground Railroad offered shelter and food in sympathetic homes, called depots, to dissenters until they were guided to mountain hideouts. If the escapees made it to Keyser, West Virginia, they took a train north. If they wanted to remain near their valley families, they hid in the mountains, with furtive trips home, for the duration of the war. They had to hide and hunt or await whatever food family members brought them while watching for Confederate scouts. These guys were ever on the lookout for deserters and draft dodgers and shot them on sight. Several groups of fugitive men were captured and put in Castle Thunder Prison in Richmond where many died. Not a great war to be a conscientious objector. Union sympathizers from some of the non pacifistic denominations also took part in this Underground Railroad but it was mostly Mennonites and similar faiths. No one knows for certain how many men they helped escape, likely hundreds, maybe more, and not only from the valley but also farther south. 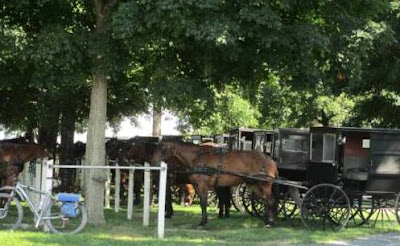 (More buggies parked at the church)

Stonewall Jackson was willing to allow dissenters to serve in a non-military capacity. However, Mennonite men refused to support the Confederate war effort period. Jackson then suggested farming and feeding people might qualify as service, but he left the valley after his brilliant campaign in the spring of 1862. Tragically, he was killed in May, 1863.

Until fairly recently, few knew about the existence of the Unionist Underground Railroad. Evidence came to light after the discovery of petitions the federal government allowed citizens to file for compensation of goods, cattle, horses, barns, etc, lost during the conflict. Two conditions must first be met in order to qualify, and most folk didn't. They had to have lost their possessions due to Union not Confederate troops, and prove they were loyal to the Union. This was tough to do when men were threatened with hanging if they didn't vote for secession 'out loud' (no secret ballot) when the vote was taken to determine Virginia's fate. Few men dared to vote no. Of the handful who did, some were hauled back and forced to change their votes. Many Union sympathizers hid and didn't vote at all. Because petitions for compensation were confidential, thousands of Mennonites recounted their plights and pleaded their cases. Hints of the existence of these petitions led to their unearthing in Washington, DC where the records were kept. This find revealed much about the happenings during the war. Otherwise, the Union Underground R.R. wasn't ever spoken of after the war ended, not even with family, for fear of reprisals from resentful neighbors. The descendants of these Civil War Mennonites were unaware of what took place. No doubt, Dennis has ancestors who were part of this secretive operation. He's related to everybody. 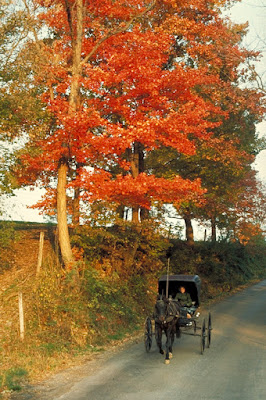 ***Dennis took all the images except this autumn one by my mom.

For more on me, please visit my blog: One Writer's Way: https://bethtrissel.wordpress.com/
Follow my Amazon Author Page: https://www.amazon.com/Beth-Trissel/e/B002BLLAJ6/
Posted by Beth Trissel at 6:49 AM