There is no better feeling for a writer than to come up with an exciting premise or idea for a book. It swirls in your mind constantly and makes your fingers itch to start scoping out the main characters. I'm at that spot right now.

After sending a survey to my western romance readers and receiving their feedback, the Letters of Fate book coming out next month will be my last book in that series. My readers told me in the survey they prefer series with family or community as the connecting series factor. Which saddened me a bit because I had three more Letters of Fate books planned, but I can use the heroes in the new series that will come out late summer.

That is one of the best parts of writing. Keeping track of hero and heroine and story ideas. You can always incorporate them into another series or book if something doesn't pan out. 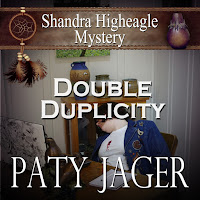 Aside from being excited about the new historical western romance series, which I've already started fleshing out characters and story ideas, I'm excited about the next two Shandra Higheagle mysteries I'll be writing. Another fun thing happening with the mystery series are the audio books coming out. You can get the first book Double Duplicity, in audio at Audible, Amazon or iTunes.  The second book, Tarnished Remains, is in production and will be available next month.

While I spent the end of last year and first of this year actively building my newsletter list, the rest of this year will be spent on keeping them and making my newsletters something they look forward to receiving. I'm not a person who likes to flood inboxes with constant newsletters, but I want my newsletters opened so my fans read the content. I'm borrowing an idea from another author, whose fan told me about this author's method of getting his fans excited about his newsletters. He writes short stories that are on his website but hidden and only accessible by his newsletter peeps. As soon as I get caught up from my travels, I'm implementing this in my newsletters. 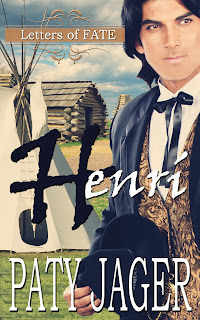 Right now, I'm excited because I'm just about to write "The End" on the latest and last Letters of Fate book. I know this sounds weird, but I'm itching to write the next mystery and get on to the new historical western series. AND I'm excited to see how my readers respond to Henrí: Letters of Fate. This book has required intense research and bringing in an expert. That may sound unusual but I was dealing with a religion I didn't know, which as I look back was not a good idea. However, being a stickler for historical accuracy, once I discovered the mission, it fit all my criteria for the book I wanted to write. I'll have more about this next month on  my post here. So stay tuned!