The Lizard Lady in YA Fantasy Curse of the Moon 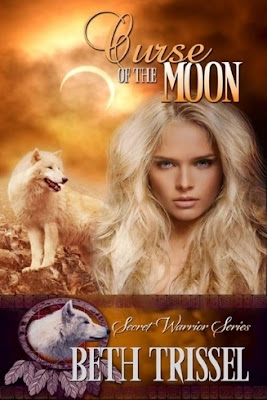 My May release, Curse of the Moon (Book 2, the Secret Warrior Series) is a YA fantasy/paranormal (with romance) set present-day in our Virginia Mountains. Native American and mountain people lore, my love of herbs, colonial America, and wild imagination are part of the inspiration behind the Secret Warrior Series. Shawnee warrior/wolf shifters, witches, a warlock, the Star People, and other shifters and creatures run through the series and this story. I'm also being praised by reviewers for my wacky sense of humor. Can't think why. :)

The lizard shifting witch in Curse of the Moon is drawn from mountain people lore about an old woman who basks in the moonlight as a large lizard. They call her the Lizard Lady. According to the tale, she’s been spotted not far from where we live on a farm in the beautiful Shenandoah Valley. I first heard about the Lizard Lady from late valley historian and author, John Heatwole, who interviewed elderly valley and mountain folk and recorded their accounts in his book, Shenandoah Voices. He also had a radio show, and that’s the very first time I heard about The Lizard Lady. She caught my imagination, but it’s taken me about twenty years to bring her to life. What a fun character to write.

I named her Lilith Dubois, and she lives in a ramshackle old house back in the hollow in the mountains. Not only is she a lizard shifter in the moonlight, she’s a witch with memorizing eyes. If you gaze into their green depths, she can put a spell on you that only she can break. This sort of enchantress is called a gorgon. Bad things happen if you look into their eyes. Tough not to do.

The old mountain home that inspired Lilith's house is one my hubby likes to photograph. (Many locals know the place.) He's captured it in spring, summer, and fall. His autumn pic is my favorite and perfect for the story because it takes place in fall. 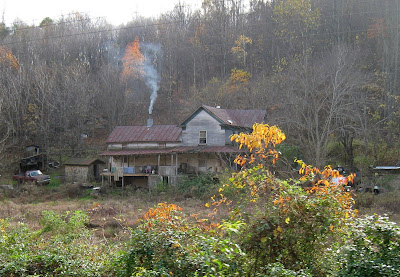 Story Blurb for Curse of the Moon:

The bad news? Morgan Daniel’s wolf is out of control. The good news? There’s a treatment. She just has to get a potion from a lizard shifter witch--without looking into the witch’s eyes. Easy, right? But when the witch puts a spell on her younger brother, Morgan has to do the witch's bidding to save him.

Fortunately Morgan isn’t alone. She has Jackson to lean on, a few witches coming into their powers, a secret warlock, and the always mysterious Chief Okema. What could possibly go wrong?

Curse of the Moon (Book 2, The Secret Warrior Series) is available at all online booksellers. At Amazon: https://www.amazon.com/Curse-Moon-Secret-Warrior-Trissel-ebook/dp/B01DH16746
Posted by Beth Trissel at 5:40 AM