MAKING EACH WORD COUNT...RIGHT FROM THE START 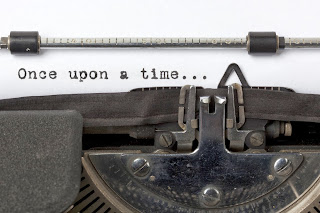 If a picture is worth a thousand words, how much are the first words you read in a book worth to you? How much importance do you hold on the opening line of a book? The first paragraph? The first page?

In this day and age when more and more people are purchasing books from online booksellers, I often wonder what is the motivating factor for readers to purchase a book? Provided it is not an author they are already familiar with and whose work they enjoy reading, what compels someone to purchase a new book from an unknown author?

Is it the cover? The genre? The blurb, or brief description written about the book’s premise? The reviews posted by other readers? No doubt, one or all of the above might play a collective role to influence someone to buy a book. Then there is the fact that many readers purchase books based on the recommendations of friends and family. Others faithfully follow the New York Times Bestsellers List or are influenced by a slick full-page ad in a national magazine.

As a reader, I gravitate toward specific genres. And I'll be honest; if a cover catches my eye, I will examine it and even admire it. Still, I have long believed in the old saying, "Don't judge a book by its cover."

Despite the increasingly popular trend of online shopping and e-books (most of which cost substantially less than the print version of the same title, and which can download within seconds onto hand-held electronic devices), there are many readers who still prefer to visit a bookstore, and to hold an actual book in their hands before they buy it. These rather old-fashioned book buyers (like me) often adhere to a special system or criteria they have followed for years when deciding whether or not to purchase a specific book. And the mainstay of my criteria -- believe it or not -- remains reading that first line. 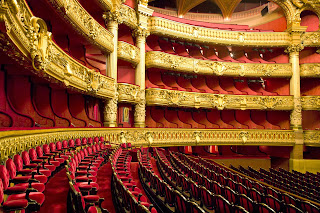 For me, it is like sitting in a beautiful theatre waiting expectantly for the play to start. When the heavy velvet curtain gracefully rises on invisible strings, the audience gets their first glimpse of the stage, and when the first line is spoken or the first action takes place, the adventure begins.

In fiction, an author creates the scene, the character(s), the emotion, action, tension, plot elements, and dialogue. Granted, it would be impossible to convey all of this in the opening line of the book, but that line will (if done correctly) entice the reader and give them the 'story's promise'.

Ultimately, it isn't just the genre, the cover, advertisement, or the premise of a book that intrigues me – it’s the writing. I want to get a feel for the writer’s voice, their pacing and their craftsmanship. A cover isn’t going to tell me this, and neither is an ad or the blurb on the back of the book. Reviews are just one person's opinion, and I try not to be influenced or biased based on them. There are books I love that other people don't, and vice versa. And although some people may place little importance on the first line of a book, for some reason – I still do.

For many people, the first line in a book has such an impact, it has never been forgotten.

I can still remember when my mother gifted me with a leather-bound collector’s edition of REBECCA by Daphne du Maurier on my 12th birthday. A voracious reader who loved books, I held the grown-up novel in my hands, admired the beautiful leather binding, then opened the book to carefully pull back each pristine page until I could read the first line of this book.

This first line did not tell me the name or anything about the character speaking. It did not describe where this person was, or even the time period in which the book took place. However, it was a compelling opening and immediately captivated my interest. I wanted to know more about this mysterious Manderley.

Some authors write very fast-paced, especially in suspense thrillers, and can capture the reader’s attention and imagination with very few words.

“It is a truth universally acknowledged that a single man in possession of a good fortune, must be in want of a wife.” ~ Pride & Prejudice by Jane Austen (1813)

Some books may open with a line of dialogue or an internal thought in a specific character’s point of view, such as:

“Whether I shall turn out to be the hero of my own life, or whether that station will be held by anybody else, these pages shall show.” ~ David Copperfield by Charles Dickens (1850)

Some may open with a long first line, the dreaded run-on sentence that your English teacher scolded you about, and yet Charlea Dickens conveys so much with this opening and hooks the reader. 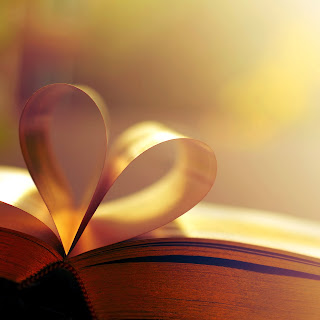 As a writer, I often struggle with the first line of a book. I cannot say how many times I have opened with a descriptive line of narrative that I absolutely loved, then switched to a simple line of dialogue. Although they will not likely be memorized by a reader, I hope my first lines capture the reader’s attention, curiosity, and beckon them to take an adventure within the pages of my book.

From the first line, to the first paragraph, and every line of narrative and dialogue that the writer sets within the pages of their book, each word should count...right from the start. For me, the first line is a promise to the reader, and promises must always be kept.

Thanks for stopping by today. I would love to know what influences you to purchase a book. And if you have a favorite first line of a beloved book, please share it with me. ~ AKB

Posted by Ashley Kath-Bilsky at 9:54 PM