Chances are, I need not say anymore, and you’re thinking New Orleans. People often ask me why I chose the Crescent City as the setting for the Midnight Dragonfly books. In truth, there wasn’t any choice involved. I dreamed the opening scene: a group of teenagers sneaking into an abandoned Garden District mansion, once the site of extravagant parties but now rotting in squalor, each with their own agenda. By the time the last runs screaming from the house, a nightmare they never imagined has begun….

Why did I set the books in New Orleans? Simple. The city is as much a character in the story as Trinity, Chase, Jessica, and Dylan!

A Louisiana native, I grew up visiting New Orleans several times a year. I crept through houses believed to be haunted, skipped along streets once lined by the dead, and played in cemeteries. It was no big deal: that was just New Orleans. It wasn’t until I graduated from college and moved away that I realized how unique The Big Easy is…..

Here are just a few reasons why: 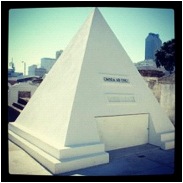 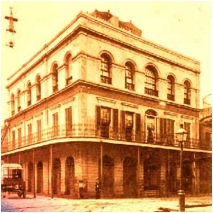 (For the record, Nic no longer owns the property. No one does for long. Over the years it’s been a high school, a music conservatory , a tenement, a refuge for young delinquents, a bar, a furniture store, and a luxury apartment building!)

Given all this, it’s easy to see why all the nicknames are true: The Big Easy. The Crescent City.  The City that Care Forgot. City of Mystery. Paris of the South. The Birthplace of Jazz. America’s Most European City. America’s Most Haunted City

It’s also easy to see why no other city could have played such a vital and spooky role in Trinity’s story, the story of a teenage psychic who sees horrible things before they happen...