I Left Some Books in Paris by Vonnie Davis 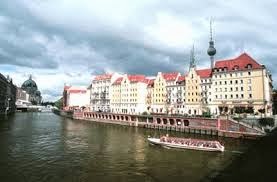 I'm sitting in the top floor of my stepson's condo building near the River Spree in Berlin, watching clouds quickly drift by the skylights. It's a brisk, windy day today. Calvin and his son, having talked themselves out, are both asleep on the sofa, a dog curled against each of them and idle iPads on their laps. I'm going to use this quiet period to talk to you about Paris.

We'd gone to the City of Light for two reasons--to enjoy the city once again and so I could do some research for a couple stories. Writing involves a lot of research, either online, in books, through piles of old photos or in person at a specific location. Some places I get to visit. Others I read about and take notes the old fashioned way. With both methods, my goal is to be as accurate for my readers as I can. You deserve no less. Right? So, settle in with a cup of coffee or herbal tea and lLet me tell you about a renown bookstore in Paris. 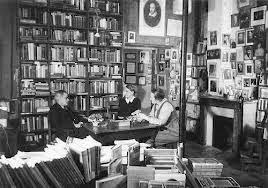 During the era of The Lost Generation, shortly after World War I, American Sylvia Beach opened a book store on the Left Bank. More than a bookstore, this narrow shop became the cultural center for artists, especially the American expatriate community. Authors, poets, artists and their supporters congregated both in the store and the lending library. Many Americans, with no permanent addresses, also used the bookstore as an unofficial post office, where they had their mail forwarded. This photo shows Sylvia, in the dark clothing, her life-partner in lighter clothing and author James Joyce. 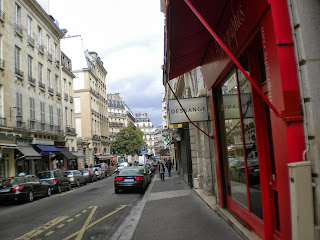 The shop was located at 12 rue de L'Odeon and was frequented by Hemingway, James Joyce, F. Scott Fitzgerald, Gertrude Stein, Ezra Pound, T.S. Eliott, Picasso, Modigliani and other members of the Paris art scene of that era.  Here's the building as it appears today, trimmed in red and full of women's attire.

Sylvia Beach and her partner Adrienne Monnier were a 1920s power couple – running two bookshops across the street from each other on the Rue de l’Odeon in the 6th arrondissement, or neighborhood zone. When the Nazi's invaded Paris, Sylvia closed her bookstore and left the city. 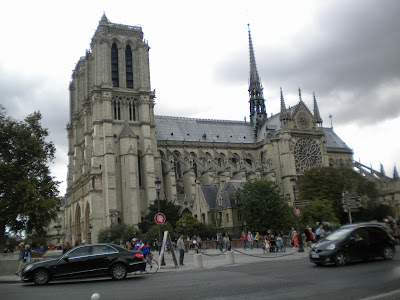 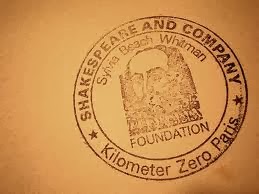 Shakespeare and Company's modern day descendant is now on rue de Bucherie in the 5th arrondissement, across the Seine from the Notre Dame Cathedral pictured above. It was opened in 1951 by American George Whitman. He operated it until his early nineties. His daughter Sylvia, named for the original owner of Shakespeare and Company, runs the literary institution now. Known worldwide, tourists stop to buy a book stamped with the famed Shakespeare and Company stamp.

There is a new book stocked in Shakespeare and Company now--my romantic suspense set in Paris, Mona Lisa's Room. I'd set a couple chapters in the bookstore and they appreciated the mention. To say I'm excited to have my book shelved there is an understatement. It was a rainy day and my hair was plastered from my hat, but I didn't care. I was achieving a dream...I left some books in Paris. 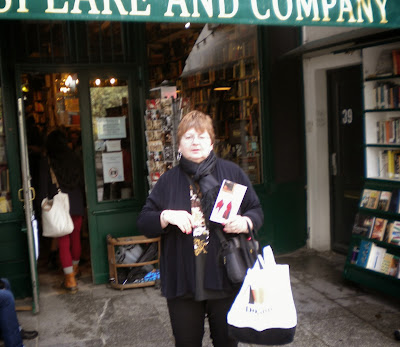 Posted by Vonnie Davis ~ Romance Author at 12:30 AM