Characters are an important part of our writing for without them we'd have nothing to string the scenes together. They are the cohesive glue, substance, and heart that hold the story together. Equally important are the names we give them.


The names we choose should reveal something about our characters: who they are, where they come from or where they are going. If you name your character right, you will choose a name that is unique to your character, memorable to your story and an everlasting brand such as, Rowdy Yates, Daddy Warbucks, Spock, or James Tiberius Kirk. 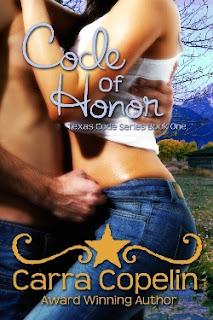 I love naming my characters. Names come to me easily and usually when I least expect it. My soon-to-be-released book, Code of Honor, is set in the small ficticious Texas town of McTiernan. In the process of building the town, I developed a local older business man who plays an integral part in the lives of McTiernan's residents. While writing the scene describing his business, that of the local auto mechanic, Harlan Garrity popped into my head and I felt as if I’d known him all my life.


On the other hand, I sometimes come up with names I love, but there is no way I can get away with using them. Like for the CEO of the troubled company, Southern Star Airlines. Oren Thatcher popped into my head, shook my hand and sat behind the carved mahogany desk, pipe and all. Alas, a friend pointed out that the name too closely resembles that of Senator Orin Hatch. Yikes! Needless to say, Oren retired unexpectedly, and Nelson 'Nelly' Widmore slid into his leather chair. 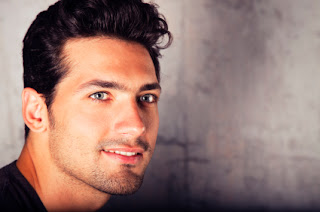 Sometimes a name is simply too common to the point of overuse. Last year, while still in the early stages of my story, I came across a post concerning character names. Immediately intrigued, I dived headfirst into the article. The list of tips made sense to me and then I came to Tip #6 – Overused Names. The name, Jack, was precisely mentioned. Well… wait for it…you guessed it. That was my hero’s name. I stewed over the dilemma until one day, while watching a golf match, they introduced a player, Graeme McDowell. Aha! I liked him so much, that between that and enjoying a meal at McAlister's Restaurant, my hero had a new name, Graeme McAlister. 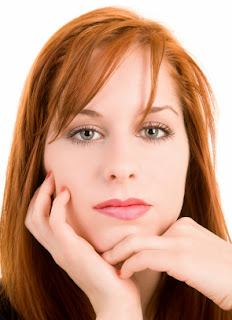 Sometimes a name latches onto a character so firmly that it will never let go. My heroine has been Maggie since her inception. She's been very stubborn and refuses to entertain a new moniker. Did I mention she has red hair? She may even have had relatives from Missouri.


The following are a few tips to consider from a post,  http://www.babynames.com/character-names.php,  naming the world . . .one baby at a time, when deciding on a name for our characters.


Tip 2: Choose a name by meaning


Many writers give their characters names that have significance in the story. It could reflect major personality traits, or the character's role in the story. You may want to use our advanced search to search by literal meaning, or think of ways to incorporate other meanings into your character's name. For example, if your character is a botanist, you may not want to name her Flower (too literal), but you may want to consider the names Linnea or Sage. Even if you choose not to name a character by meaning, you should look up the meaning of all your characters' names—there may be something that inspires you or, on the other hand, conflicts with your message.


Tip 3: Exotic romance names are out


Thirty, forty years ago, you would pick up a romance novel and the characters would have ridiculously exotic names like "Crystal Remington" or "Rod Delaware." Same with daytime soap operas. However we're seeing a shift in the past decade or so: romance and soap writers have modernized their character names so readers can relate to them. Naming a romance character should be no different than naming any other fictional character. If you use all the other good character naming tips, you'll create a genuine player to whom your readers can relate.


It's difficult to predict what names will be popular in the year 3000, however you don't have to make your science fiction characters sound like they are from Mars (unless they are). When a person reads (or watches) your story, you don't want them to stumble over a name. The name Zyxnrid, for example, would be difficult to read or listen to every time the character is referenced—and may detract from your overall story. If you do choose to create your sci-fi name, you may want to:


· Use ancient mythological names, or combine two of them. Example: Ceres or Evadne.


· Make it easy to pronounce and spell. Example: Bilbo Baggins from Lord of the Rings.


When writing your story, be aware that people who are close rarely use each other's full names. Couples will use nicknames, terms of endearment (honey, dear, boo). What nickname have your characters come up with for each other? Also, parents rarely call their children by their full names--unless they are admonishing them for bad behavior or testifying in court. If you have loving parent characters that are addressing their kids, use a nick name or term of endearment (sweetie, baby, D.J.). An exception to this would be if you want to show the parent character being cold and distant to their child.


For some reason, every writer loves to name his hero JACK. I know it's a tough-sounding, honest-working name, but naming your hero Jack is like naming your son AIDAN. It's overdone. Be a little more creative, so your reader will remember your particular protagonist as opposed to the umpteen-million other books they've read about Jack. Also, do not give your protagonist the initials J.C. as an allusion to Jesus Christ. That tactic was overused in 60's/70's fiction and is almost laughable by today's standards.


Watch out for what we call "loaded" names--names that have a popular association. These could be names associated with celebrities, historical or infamous people like Adolf, Oprah, or Kobe. They could also be names of famous literary, tv, or movie characters: Hannibal, Scarlett, Romeo, Bart. If you do choose to use "loaded" names, then you really should make it part of the story, part of the character. Your character's mother was obsessed with Gone With the Wind, so she was named Scarlett--how has it affected her throughout her life? How does it affect her in the story?


Tip 8: Have Fun With Names


Have fun with naming your characters and take time to see what "fits." What was your character's childhood nickname? Is that an embarrassment when his parents address him in front of his friends? Did your character change his name at any point in his/her life? If so, why? Does your female character want to change her surname when she gets married? Why or why not? Names are such an important part of one's identity, don't take it lightly with your story!

Thanks for visiting Smart Girls Read Romance today. I hope you enjoyed how I choose my character's names and liked the tips shared from www.babynames.com . Leave a comment to share tips of your own.
Posted by Carra Copelin at 7:06 AM