Before I put the very first word of Running To You (2013) onto the manuscript page, I had mentally developed my characters to the point that I had “imaginary friends.” We had conversations, interesting ones I might add. To the outside world, this might get me a lengthy stay at a local mental institution, but an author’s mind is never at rest. Regardless if I’m at work, home or behind the windshield… I’m plotting storylines and mentally conversing with my characters.


Getting into character gives the individuals in the story their true substance. I thought I would share with you my character interview with Dr. Grayson Brooks, the hero in Running To You, (released April 2013) and the upcoming sequel, Two Sides of a Heartbeat, (releasing July 2013.)


Where were you born?
Chicago
What nationality do you consider yourself?
Italian-American. My Father met my mother while stationed in Italy.


Who was the most important person in your life and why?
My Mom. She never stressed about anything, she was the most patient person I can remember ever knowing. With an Italian heritage, she had a passion for food and believed that a large family meal was the heart of the family. She instilled honesty and integrity into my soul and even though I lost her as a teenager to Breast Cancer, I can still hear her voice guiding me through my journey of life.


When did you decide to become a Doctor?
When I was in high school. I enjoyed biology and the mechanics of cell structure. I became interested in cancer and genetic testing after my mother was diagnosed. After one summer of missionary work, I was hooked. My Dad was retired Army, so I decided to use the Army as an avenue to see the world while I trained as a Surgeon.


What is your specialty and why?
Surgery, specifically breast surgery, surgical oncology. After my mother died of breast cancer, I knew that I wanted to work specifically with that particular disease. I treat every patient as if they were my mom, giving them of the best care and training that is possible with the technology that we have.

How did you meet Alexandra?

She came into my office as a rep for a new product. I saw her business card and thought she was a man since it read “Alex Morrison.” What a shock when I rounded the corner and saw a tall, stunning redhead with the most beautiful green eyes that I had ever seen. I was completely immersed in her from that moment on. But I have to declare… I didn’t want to be.


Do you believe in love at first sight? 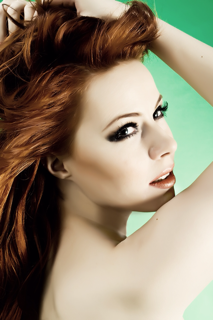 I never did until I met Alexandra. I can’t explain it and would argue until my last breath that it was possible, but it happened, nonetheless. She’s everything to me and then some. I can’t remember my life before her and can’t imagine my life without her by my side. She is absolutely stunning.


What are your quirks?
I have to control things. I like a controlled environment, maybe because of my time spent in the Operating Room. I also have a need to protect the people that I’m close to, which could be because of my military training, or the loss of my mother at a young age.


Do you smoke, drink or use drugs?
Drugs… never. I love wine and enjoy a beer from time to time. Don’t tell Alexandra, but I love a cigar ever once in a while!


Of all the places that you’ve been, do you have a favorite?
Absolutely, it’s Vienna. Truly remarkable architecture and culture. I want to take Alexandra there. In fact, I would love to marry her there.


What is your favorite night out?
Dining and dancing with Alexandra. There’s just nothing better. I love live jazz music and sometimes my musical choices drive her nuts. I have music everywhere, sleep to it even. She’s adjusted to it quite well.


Favorite food?
Any kind of fish fixed in just about any way. My mother would not be happy to hear me say that. Her family had an olive orchard in Italy. We’ve joked that olive oil runs through our veins, giving us such glorious skin.


How many children do you want?
I would love to have four, but Alexandra would have to agree to that.


What color are your eyes?
Alexandra says they’re sapphire blue… you can decide that for yourself. 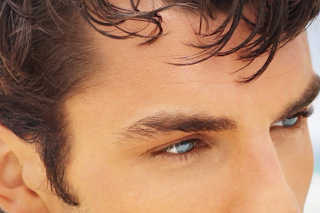 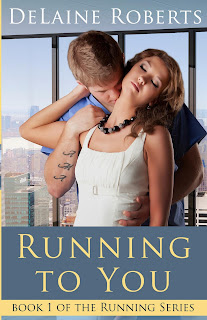 Read our love story in Running To You available now.  Click to purchase:
Amazon  Barnes and Noble Smashwords
All Romance eBooks
Watch for the sequel, Two Sides of a Heartbeat out later this month with a cover reveal coming in a few days! Follow me:
www.delaineroberts.com    @delaineroberts    https://www.facebook.com/delainerobertstheauthor
Posted by Unknown at 5:30 AM