Writing, or reading, a story set in any historical era is traversing time in a way, as would be a futuristic setting, but I'm referring to actual time travel stories. In my Somewhere in Time series the boundaries of time and space are hurdled in various manners. This idea has always fascinated me, also of discovering new lands. I've been seeking Narnia since childhood and never gave up the quest. C.S. Lewis is my favorite author and has been since I read his Chronicles of Narnia. I'm nothing if not devoted. Any fellow Narnians out there?
"Things never happen the same way twice." C.S. Lewis, Prince Caspian; The Return to Narnia
A concept I bear in mind while writing.

The theme behind my Somewhere in Time series is that the story opens in an old home, so far Virginia (I’m a Virginian with deep roots in this richly historic state), and then transports the reader back in time either in the same wonderful old house (I love old homes), or another place entirely such as the Scottish Highlands. As is the case in Somewhere My Lass and Somewhere in the Highlands. Both stories convey the characters to and from 17th century Scotland via a portal in time. The unifying characteristic of the series is the paranormal/time travel element, but the stories themselves aren't necessarily tied together, though some are, and will be. It’s the encompassing theme that matters. Doors play a big role in this series. Behind every door lies a secret, an intriguing puzzle to be solved, so these romances are also suspenseful mysteries.
Fergus, the unlikely hero of my latest release, Somewhere in the Highlands, heads up this fast-paced Sci-Fi Fantasy Time Travel Romance. Untold hours of scheming, dreaming, writing and revising went into the story. Yes, there will be another title in this continuing saga. Don’t ask me when, but plotting is underway. Somewhere in the Highlands is book three in the series, following Somewhere My Love, and is the sequel to Somewhere My Lass. Somewhere the Bells Ring is a hauntingly beautiful Christmas romance. 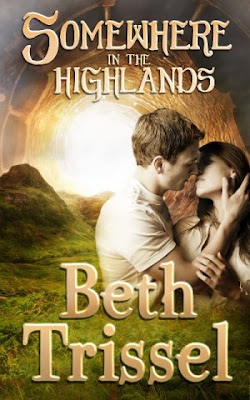 Blurb for Somewhere in the Highlands:
The MacDonalds are coming! When Elizabeth MacDonald (a.k.a Beezus Mac) thrusts a sealed gold box at Angus Fergus amid panicked requests for him to hide the stolen artifact, she has no idea the ancient cloth it contains bestows unearthly powers. Red MacDonald knows and he’s hell-bent on traveling 400 years into the future to claim the charmed relic, even kill for it. Protecting Beezus from his old nemesis is only one of Fergus’s problems.
Before they can stop him, Morley MacDonald, descendant of Red MacDonald, snatches the prize and leaps through the time portal to head the MacDonald clan and kill Fergus’s MacKenzie ancestor. If he succeeds, Fergus will cease to exist. Danger grows in the feud between the MacDonalds and the MacKenzies as the pair, along with an ingenious friend and high tech inventions, returns to 1604 Scotland to face these brawny Highlanders and reunite with kin. Will Fergus overcome his mistrust of Beezus and fan the growing spark between them before they battle Morley? If he waits, it may be too late.~
Excerpt:
Fergus turned to dive after Hal’s hazy form.
No time to glance at his watch. It had been a mad scramble since they first charged through the portal, but five minutes must’ve passed by now. That truck needed to blow!
A loud boom and bright light answered his prayer.
“Fire in the hole!” Fergus shot down to the hard-packed earth and stone below.
Hal grabbed him, breaking his fall. “Always wanted to shout that, didn’t you?”
“Yep.” Fergus swept his gaze over the faces faintly illuminated by the glow from above. “You guys OK?”
“A relative term,” Hal grunted. “But tolerable.”
Beezus gave a short nod.
“This place is just as charming as I remember. No wider,” Fergus noted.
“Real cozy,” Hal said under his breath.
“Dug by dwarves, I expect. You may need to crouch down as we go along.”
“Counting on it.” Hal again. Beezus was sucking in deep gulps of air. 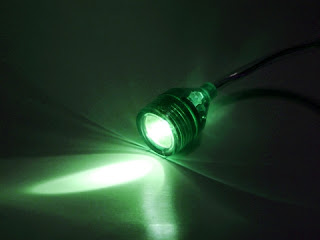 Fergus fished in a pocket for the LED flashlight and flipped it to green. That hue made everyone appear garish, but would show up less in the gloom. Beezus looked scared spitless, and with good reason. Morley might as well have painted a big red X on her. She was ‘it.’ But Fergus would die before he’d let Morley take her. The problem was, he might not still be here to stop him.
No room to ponder that challenge now. The clicking that emanated from Hal told Fergus his quick-witted friend had retrieved his ultrasonic device to better navigate their way. He’d better think fast too.
“Here, Beezus.” Fergus pressed the flashlight into her trembling fingers. “We can’t risk you bringing up the rear in case we’re pursued and you’re snatched again. Shine this ahead and follow the tunnel. Hal will go next and me last. And don’t look too closely at your surroundings.” He remembered his last trek through this tunnel with rats scattering across their feet, not to mention spiders and pushing through cobwebs. Wishing he could take her into his arms, Fergus laid a hand on her shoulder. “We’re right behind you. And if all goes as planned, Niall waits ahead."
She lifted a quivering chin, resolve in her eyes. “Watch your back.” Snatching up trailing skirts with one hand, she directed the light with the other.
Angry voices sounded overhead.
Fergus snapped, “For God’s sake, don’t they ever give up?”
“That would be a negative, Captain,” Hal said gruffly.
He tailed Beezus and Fergus brought up the rear. At least the really big men couldn't get through this narrow pass. That still left a considerable foe. Of course, Fergus had smoke bombs inside his coat to toss over his shoulder. And he did. Luckily the breeze was in his favor.
Coughs and curses carried from behind, then a man with a strong Scottish burr roared, “After them, lads!"
Amazon Link for Somewhere in the Highlands, in case you missed the one above.
For more on me, my blog is the happening place and has links to everything else: http://bethtrissel.wordpress.com/
The Somewhere in Time Series; where the past meets the present.
***Royalty free images. Cover by my talented daughter Elise
Posted by Beth Trissel at 7:03 AM