When Words Turn On You by Laura Hunsaker

Moist, and other words.

Words are beautiful. You can have a bunch of words and turn them into a lush and descriptive sentence. You can evoke a scent, a memory, an entire world with words alone! They can turn you on...

And they can turn on you...

I noticed the other day I had no other word to use at work than moist. Mmooiiiisstttt. I swear this word has texture and heft.

One coworker cringed,and the other said she doesn't get why everyone hates that word? It got me to thinking, I don’t really know either? Are there more words like moist that we don’t like? Is anything worse than moist? My teenagers tell me moist is the cringiest word. So I did what any well-adjusted adult would do. I asked Twitter.

These are all answers I got that were mentioned by two or more people:

The number one word is so gross I won't actually post it, and it did actually have several mentions.

I noticed most of the words people don't like either have to do with being wet (heh moist), or both sound gross, and mean something gross (phlegm).

And I absolutely promise, I don't use the word moist at all in my books! 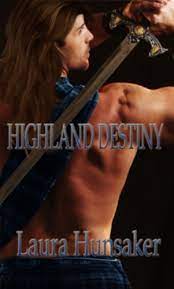 Amazon  | Barnes and Noble  |  Kobo  |  Apple Books  |  Smashwords  |  New Concepts Publishing
Mackenzie Stewart is in Scotland for a much-needed vacation. During the castle tour, Mackenzie becomes completely enamored with a painting of one of the previous lairds. Two gentlemen come up behind her and, begging her pardon, they kidnap her, dragging her through time.

The men are sorcerers attempting to end a feud that has plagued their lands for years. Their patron has begun to dabble in the black arts, and between his irrational thirst for power, and his dark secret, the sorcerers are frightened. They believe Mackenzie can break the Stewart curse. They try to convince her to play along with their crazy scheme: marriage to the evil John Campbell.

Before Mackenzie can protest, her carriage is halted and the door thrown open. For a split-second she is arrested by the same beautiful piercing blue eyes that belonged in an oil painting.

Mackenzie then finds herself the victim of a second kidnapping...

Her new captor, however, does nothing but tempt her body and her temper. Believing her to in fact be the betrothed of his mortal enemy the Campbell, Connor MacRae originally sets out to capture his enemy’s betrothed. He never thought he would be so attracted to her that he’d want to keep her.

Posted by Laura Hunsaker at 4:00 AM