Down by the Seaside by Bea Tifton 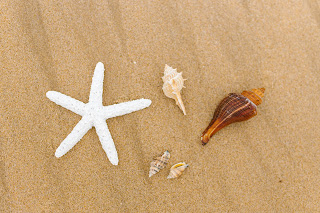 Ahhhh, summer. Countless memes on social media with photos of beautiful beaches saying, “This is where I want to be.”  I haven’t been to the ocean in decades. You see, I have a love/hate relationship with the ocean. In theory, it sounds like a good idea, but the reality has often been somewhat different.

When I was a little girl, my parents took my sister and me for a lovely picnic on the beach when we were on vacation. We stopped by a fast food place and got meals for everyone. I was sitting alone at a picnic table enjoying my French fries when a flock of hungry seagulls descended on me. I was terrified, but I kept a tight grasp on my food. My father, seeing what was happening, yelled, “Throw the French fries away! Let go of the French fries! “Well, I wasn’t about to do that. Those were my French fries. He ran frantically up the beach until he reached me, then, in a single superhero move, scooped me up while throwing my French fries high in the air and running away from the hungry hoard. 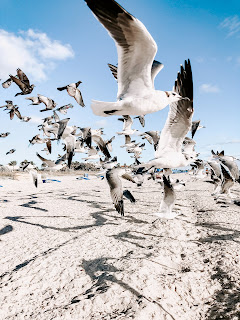 A few years later, we were at the beach, and despite having sunscreen, somehow we all got burned. And I mean burned. Second degree burns. Our skin was an angry, fiery red color. We had to put cotton balls under our bra straps before we could stand to wear them. That was one vacation where I was relieved when we packed up and headed for home. 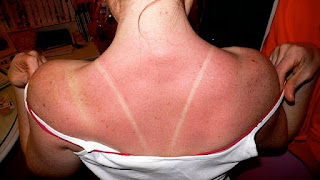 When I was in college, my roommate and I wanted to go to the seashore for spring break. We didn’t want to have that kind of spring break; we just wanted to go somewhere on the cheap. My roommate’s grandmother had a cottage near the ocean, and she was going out of town, so we could use it for free. Wonderful. We were so excited. When we got to the cottage, we were a little surprised at how far it was from the restaurants, etc., but we had a car so we could manage. It was pretty remote, too. And not actually right on the beach as we’d envisioned, but it was free. When we arrived, we threw our stuff down and struck out in search of a good restaurant. We found a good, reasonably priced one and arrived back at the cottage full of good food and anticipation. We were ready for a great vacation, so we sat on the couch to chat until time to go to bed. We hadn’t been sitting for very long when we both began scratching. And scratching. And scratching. What was happening? What were those painful little zaps on our arms and legs? Sand fleas. The whole place was riddled with sand fleas. 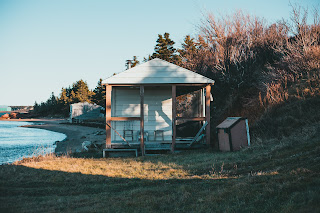 The next morning it was pouring. And the wind was up, whipping against the tiny cottage. We didn’t have a TV and this was before everyone had a cell phone in their hands, so we were oblivious. That evening, we headed out to find a restaurant,  which is where we learned that a hurricane was about to strike and some people were evacuating. We looked at each other, scratched our heads, and went back to the cottage to pack. So much for spring break at the beach.

Sometimes, I think it would be nice to go to New England leaf peeping, lighthouse touring, and whale watching.  But if I ever go, I’m taking sunscreen, flea repellant, and my cell phone, and I’m definitely not eating French fries on the beach. 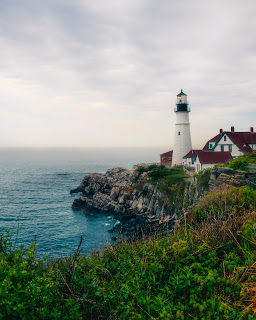 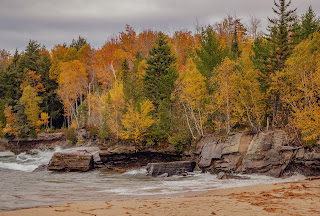 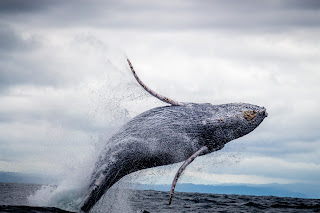