RASINS IN THE DRESSING. (To have or to hold)--by Laurean Brooks 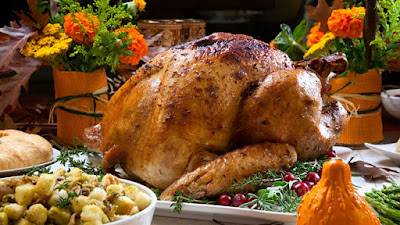 My dad acquired the love of cooking while in his late forties after the captain of the riverboat Waterways Marine, made him interim cook. The official cook was recuperating from a broken leg, and Daddy volunteered for the job.

When the cooking bug bit him, he never looked back. He had a flair for concocting unusual dishes. I still cringe at the visual of turtle, baked raccoon, and opossum, Daddy set before us. All these were probably tasty, but my stomach tied in knots at the thought of putting these meats in my mouth. Even though, to spare my dad’s feelings, I would often force myself to sample a little. 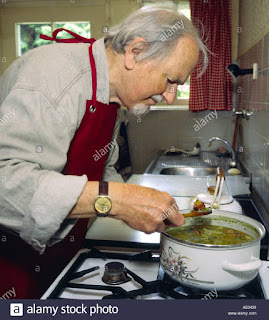 He claimed that turtle tasted like seven kinds of meat. I Googled while writing this and discovered he was right. When I didn’t recognize the turtle dish he set on the table, I asked, “Daddy, what kind of meat is that?”

My six siblings asked the same question about the unknown dish, and all received a different answer. From chicken to beef, to pork, to shrimp, veal, fish, or goat. Anything to get us to try the turtle. Some of my siblings did try it. Some managed to swallow with a poker face. Others gagged.

Our mother was a traditional cook. The tried and true recipes were the only ones she used. And those were the ones she learned from her mother and grandmother. Now that you know our dad's penchant for creating unusual dishes and Mama’s insistence on the tried and true, you will better understand the Thanksgiving feud that occurred one year.

Daddy thought he was helping Mama with Thanksgiving dinner one year, when he stirred together the ingredients for his unique dressing. Every ingredient was the same as Mama's—except one. Daddy added a cup of raisins to the mix.

He explained that he'd found the dressing recipe in a gourmet cookbook. Mama was not happy about the addition and decided to make her usual cornbread dressing, which was always moist and delicious.

Our parents rarely argued. When they weren’t happy, they’d just give one another the cold shoulder. But you could slice the tension with a knife when Mama set her dressing on the table and announced, “Your daddy's dressing is sitting on the stove. It has raisins in it,” she huffed, “Whoever heard of such?”
Daddy explained again that he'd followed a genuine recipe from his special cookbook. His argument didn't phase Mama, who never used a recipe for anything. Caught between a rock and a hard place, my siblings made no comment. We kept our heads down and exchanged furtive upward glances around the table. 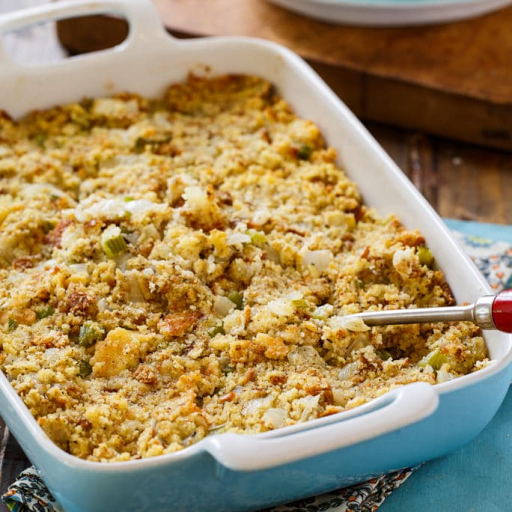 We didn't want to upset Mama any more than she was, but we didn't want to hurt Daddy's feelings, either. I don't remember what Johnny, Ralph, Jewell, Paul, Emily, or Stanley did, but I sampled a little of both dressings. I didn't score any brownie points with Mama that Thanksgiving Day. The raisin dressing wasn’t bad, but I didn’t voice my thoughts. 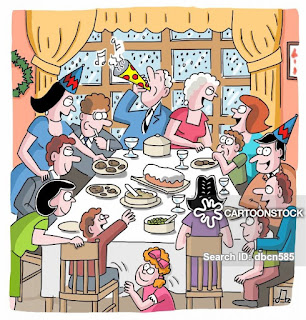 We endured the meal in silence, except for sentences like, "Pass the rolls," or "Scoop me up some mashed banana pudding, please."

I don't remember the fate of Daddy’s raisin dressing, but I suspect by day three, our dogs had their bellies full of raisins.

Have you ever experienced a squabble at a Thanksgiving gathering? It cane at at time when we should have been thanking the Lord for our many blessings. Family, health, prosperity and freedom. 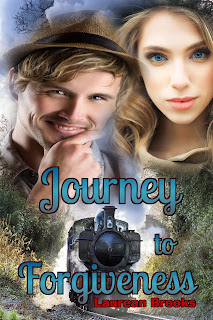 When Jenny Largent hops a train north to Chicago, she hasn't a clue what she's in for.  First, a handsome thief runs away with her carry-on bag.  Just when she thinks her troubles are over, he shows up at her aunt's church raising money for a so-called mission. Jenny figures Austin is pocketing the money and tries to convince her aunt. Her aunt doesn't buy it. Jenny joins the mission trip to prove Austin is a thief.

But soon, Jenny's feelings for Austin morph into love. Will she report him when she spies him taking money from the mission strongbox?

A sweet romance loaded with humor, interesting characters, and an interesting plot--with a dash of Depression Era history thrown in.