Ode to the Green Bean Casserole by Bea Tifton 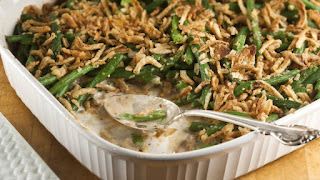 Recently, a company who looked at Google results compiled a list of each state’s favorite side dishes for Thanksgiving. Texas’ choice was the green bean casserole. Love it or hate it, given the number of places you’ll see green bean casserole this coming holiday, they weren’t far wrong.

Oh, the humble green bean casserole. That goopy mushroom soup. Those wonderfully healthy canned fried onions. Sigh. I love you so. And this is indeed your season to shine.

Many people associate green bean casserole with the 1970’s, but it was actually invented in the 1950’s. 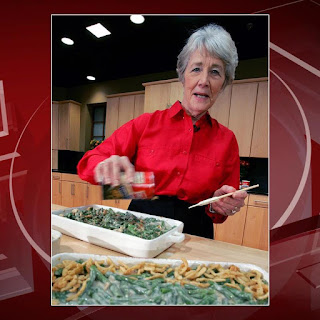 Most popular food companies had recipe pamphlets that sold for a low price filled with ways to use their products. Of course, Campbell’s Soup Company did the same, offering a stylish pamphlet replete with tips and recipes. Dorcas Reilly was a home economist who worked in the Campbell’s kitchen. She concocted the green bean casserole recipe in 1955, and she claimed in subsequent interviews that she didn’t actually remember how she came up with the recipe.

I took a very scientific poll regarding how people felt about GBC, i.e., I posted a question on my Facebook page and my friends generously answered. I got some great responses.

Allison loves GBC so much that when Dorcas Reilly passed away, her father called her to tell her. I hope they made a casserole.Tom correctly identified GBC as comfort food. He even keeps the ingredients on hand and makes it year-round “in case the muse strikes.” Jacquie likes it but can’t eat it anymore. Moment of sympathy for Jacquie. Bummer. Sal-Ann grew up in Wisconsin and ate it there. Texas may have put it on the map, but the indomitable GBC is popular throughout the country. Carol and Judy associate GBC with the past. Carol says she "feels like it’s 1970 again” when she makes it and Judy still likes GBC “perhaps mostly for nostalgia.”

Not everyone’s a fan. Pam, a gentle, sweet person, was punished as a child for refusing to eat GBC and hurting her mom's, aunt's, Grandma's, and Mimi's feelings as a result. She still seems a little traumatized by it, so if you are invited to her house, take a soufflé instead.  Elaine likes it but she’s “not crazy about it", and Brian would rather just have “real green beans.” Guess that’s a “No” to the canned fried onions. Alana is a native Texan who is so “over it.” Probably she’s eating at Pam’s for Thanksgiving then. 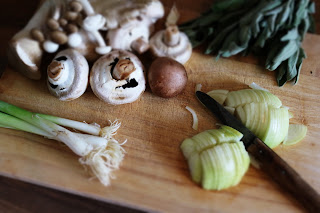 Several of my enterprising friends put their own spin on GBC. Danyelle puts green beans in onion soup mix. Kim has her own recipe with mushrooms and cheese mixed in. Mercedes adds cooked mushrooms. Cheryl, the “designated green bean casserole-maker for her family” uses fresh mushrooms, sour cream, sautéed onions, and cheddar cheese. 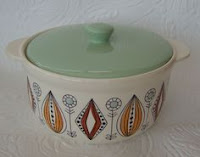 And lastly, my two favorite stories.

When Judith first got married in 1959, someone gave the happy young couple an enamel casserole dish, all the ingredients, and the recipe for green bean casserole. What a cool wedding gift!

My friend Kelly was an elementary school librarian. Ten years ago, a young student wanted recipes. She took him through the cookbook section, thinking he wanted sweets, but he wanted something that wasn’t in the kid focused cookbooks, green bean casserole. Kelly found the recipe in a magazine and took it to his modest home, along with the ingredients. She says that “he and his aunt made it for their family holidays. To him, it symbolized a good life.”

Now wipe your eyes and get out your ingredients. We're making Green Bean Casserole, ya'll.  This recipe is taken from the official Campbell's site.

Tips For the cooked green beans: Use 2 cans (14.5 ounces each) green beans, drained, about 1 1/2 pounds fresh green beans or 16 to 20 ounces frozen green beans, thawed, for this recipe. 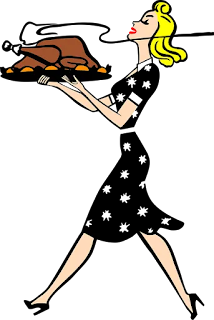