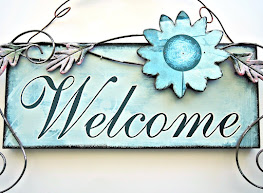 To This Week's Word! I love learning new words, not only because I'm a writer but I love to blow on my fingernails when I'm reading a book and I know what the word means. Woohoo! Let's see if you know this one:

Femininity. "She was one of those women who are waMuliebrity
Noun [myoo-lee-EB-ruh-tee] 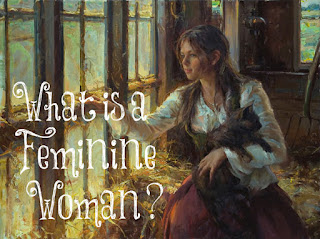 Muliebrity has been used in English to suggest the distinguishing character or qualities of a woman or of womankind since the 16th century. (Its masculine counterpart, virility, entered the language at about the same time.) Muliebrity comes from Latin mulier, meaning woman, and probably is a cognate of Latin mollis, meaning soft. Mollis is also the source of the English verb mollify—a word that implies a softening of hurt feelings or anger.

Ways to use Muliebrity in a sentence

The sexy songstress’s muliebrity set her apart from the less feminine women in the club.

As a French woman, Camille embraced her womanly qualities and celebrated her femininity.

Dressing in a way that showed off her muliebrity, the young lady liked to show off her girlish figure every chance she got.

With the many books I've written, when I think of a feminine heroine, I think of Raine Brinsley from SOJOURN WITH A STRANGER. Here's how the hero in the book describes her after their first meeting:

Derek rose from the chair in the sitting room and poured a brandy. An alluring scent of jasmine lingered in the air, growing fainter with every passing moment. He reflected on the lissome woman that had graced the room moments ago. She wasn't an illusion of beauty, she embodied it. Her alabaster skin, delicate features, and a much too kissable mouth lingered in his mind. Almond-shaped eyes—the color of pine needles—had studied him. Tall for a woman and reed-thin, with a line of feminine curves in all the right places, Raine Brinsley exuded sensuality. Mahogany hair had glistened beneath a splash of sunlight pouring through the window. He imagined if she freed the ribbon at her nape, the long tresses would fall to her waist.

A proud aura enveloped her, despite the recent events that had reduced her to servitude. Admirable qualities. Although in command of her tongue, his intense gaze brought a rush of color to her cheeks. An enormous amount of sadness over the death of her parents resided in her eyes, yet something told him she wouldn't collapse under her pain and grief.

About Sojourn With A Stranger

Raine Brinsley is penniless after her are parents drowned at sea. She's sent by the local minister to Stafford House to apply for a job as a servant. Despite the alarm bells going off in her head, she accepts the offer of employment. She has one goal in mind, to return to her beloved grandfather in Maine.

Lord of the Manor, Derek Stafford, has his own dilemmas to worry about. His wife committed suicide some time ago after several babies were stillborn. Derek and his brother, Lyman, race to produce the first male heir of Stafford House. The winner will receive not only the title to the eloquent manor but also an enormous sum of money from their wealthy father.

Derek decides the beautiful Raine will make the perfect surrogate. If only he can convince the young woman that signing a contract to bear his son will serve both their needs: She can return to her grandfather and he'll inherit a life of wealth and luxury.

But dark stirrings are afoot at Stafford House. A ghost haunts the halls of the manor and the spirit is intent on exposing her killer to Raine. Steeped in murderous plots, Derek and Raine face insurmountable odds of achieving their dreams.

And fight the insatiable hunger between them. 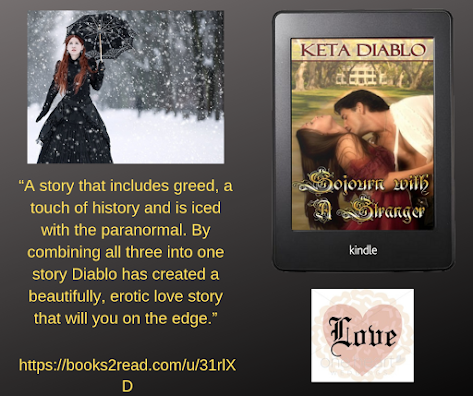 AMAZON .99 CENTS
APPLE .99 CENTS
Thanks so much for visiting today! Look for more 'This Week's Word on future posts! Then . . .you can blow on your fingers. lol

You can sign up for my  newsletter HERE.
I have contests, giveaways (Amazon GCs) Trivia game, This Week's Word and lots more!
Posted by Keta Diablo at 6:33 AM