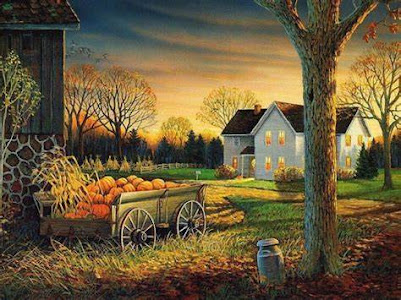 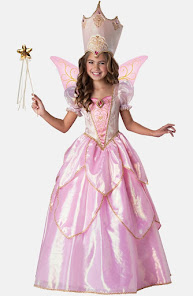 One Halloween, my sister Emily and I decided to take our kids out to Trick-or-Treat as a joint effort. In our rural town, the houses are half-a-mile or more apart. Driving our young'uns through the countryside was the only safe option.

My niece Mandy was six, nephew Shannon, three, and my son Jeremy, seven that year. Mandy was dressed in a fairy princess outfit and carried a wand. Shannon had donned a pirate costume complete with an eye patch while Jeremy wore a life-like gorilla mask he had picked out because it looked authentic and creepy. 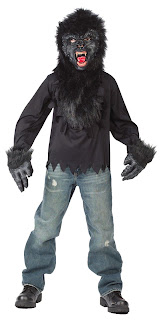 The gorilla mask was trouble from the start. Our Plymouth had a bench seat. Jeremy sat in front, between Emily and me while Shannon and Mandy took the back seat. Every time Jeremy turned around in his mask to face his cousins, Shannon screamed bloody murder and yelled, “Make him take it off!”

I said, “Jeremy, just face forward. That way he can't see your mask.”

That worked until Jeremy forgot and turned around again, eliciting another blood-curdling scream. All the while, Mandy giggled, and her mom and I tried, to no avail, to contain our own laughter.

After several ear-piercing screams, we decided to try something different. I said, “Jeremy, why don't you and Shannon swap places? Let him sit up front.” I thought surely that would solve our problem. 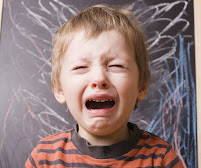 It did not work. Shannon seemed to be drawn to the gorilla mask. We couldn't stop him from turning around to look in the back seat. After more screams, my sister suggested, “Jeremy, take the mask off until you get out of the car.”

Jeremy obeyed. Then she asked Jeremy to walk behind Shannon on their trek up to the houses. But the temptation was too strong. Shannon turned around to look behind as they were walking, and the screams started again.

We made a lot of stops that night and our kids' plastic jack-o' lanterns were soon filled to overflowing with chocolate bars, Milk Duds, and Tootsie Rolls. One stop will forever be ingrained in my memory. I will never forget the elderly gentleman, Mr. Garrett Bailey's. 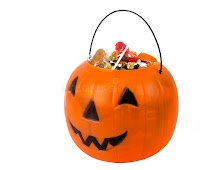 Mr. Bailey was a man who loved children, but he also loved to tease them. His eccentric ways and quirky sense of humor probably frightened off a few Trick or Treaters. When the kids go out of the car, he hollered, “Come on up here, young'uns and get your fill of candy!”

He'd set a large basket of candy on a plant stand on the front porch and was seated in a rocker beside it, gripping a wooden cane. We had instructed our kids to be polite, only take one piece of candy each. When each little hand had reached into the basket, Mr. Bailey shook his cane at them and ordered, “Grab some more! That ain't enough.”

All three reached inside and took a few extra pieces. The old man yelled again, “Take some more!”

This time the kids scooped up a handful of bite-size candy bars and Tootsie Rolls and dropped them in their pumpkins. Mandy and Shannon scampered off to the car, but when Jeremy started to follow, Mr. Bailey hooked his cane around Jeremy’s neck, pulling him backward.

“Come back, boy,” the old man said and pointed to the basket. “Take some more candy.” 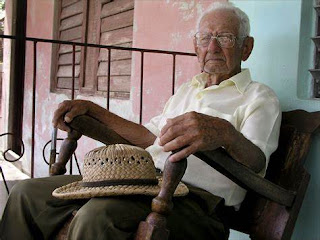 My sister and I were rollicking with laughter inside the car, while Mandy and Shannon appeared to be terrified. To our amazement, Jeremy wasn't afraid of the old gentleman. To him, the old man was more of a hindrance. He turned to face Mr. Bailey and huffed out an exasperated sigh. “Look, Mister, we've gotta go. There are a lot more houses we have to stop at.”

My son obediently reached into the basket and retrieved another handful of goodies. When he had dropped the candy in his pumpkin carrier, Mr. Bailey hiked his shoulders and puffed out his chest.

Pointing his cane at Jeremy, he said. “Alright now, boy. Be off with you! And you folks have a Happy Halloween."

We will be having a family get-together at the time this post goes live, and you can be sure this hilarious memory will come up in conversation. I can’t wait to hear it from Shannon’s point of view.

By the way, this frightened little boy grew up to become a Marine. 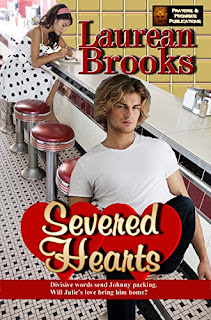 Julie's had a crush on shy Johnny since high school. A few days after Johnny professes his love for her, he suddenly enlists. What sent him packing and left Julie with a broken heart? Will God mend their severed hearts?