While Remodeling the Kitchen

Okay, so maybe not the smartest thing I've ever done but life goes on even while the kitchen is torn up and construction dust permeates the house (and computers). 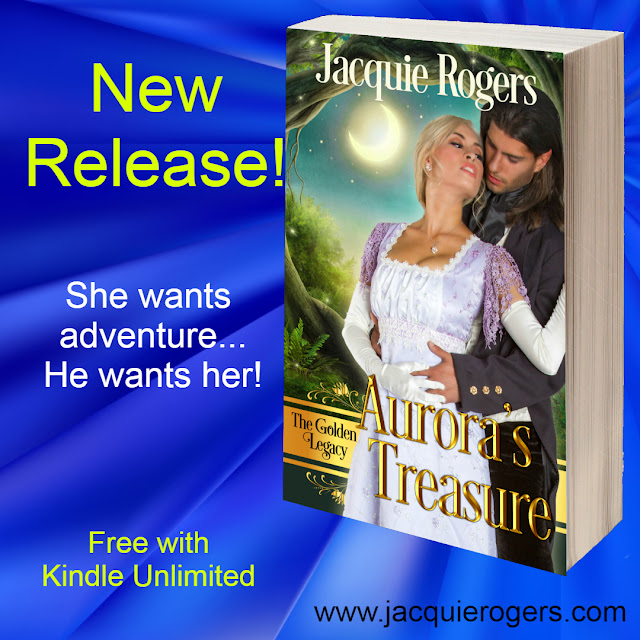 Before I go into the sordid details of my crazy life, here's a little intro to Aurora's Treasure: The Golden Legacy.

First of all, The Golden Legacy is a multi-author series with a really intriguing premise that was put together by my friend Nancy Radke, who also has written a book for this series.  So has my good friend Caroline Clemmons.  All the books in the series are based on this premise, but other than being romance, the stories could be any sub-genre.  Aurora's Treasure is western fantasy romance.  Mostly fantasy, actually, with faeries of different varieties, goblins, and for good measure, a couple of dragon/horse/rat shifters.  Oh, and a treasure, of course.

In the early 1700s a pirate brigantine attacked a merchant ship, The Golden Fleece, in the Caribbean.  Although smaller, the merchant ship bested the pirate craft that contained a treasure trove of Spanish gold and jewels.  A dying pirate claimed the Spaniards had cursed anyone who misused the treasure, hence the reason the merchant crew was victorious.  The treasure would also bless anyone who used it for good.  The greedy merchant captain, James Carlson, was killed during the battle, but his 18-year-old daughter, Sarah, survived in her cabin.  Mindful of the curse and to thank God for their salvation, she asked the crewmembers to split the treasure equally, but to make a binding pledge that they would keep only ten percent for their own use, and give ten percent to help others.  With the rest, each was to buy something of great value that could be passed down to their descendants, with the curse passing onto anyone who broke the line and used it selfishly.  If used selfishly, the treasure would be lost, but reappear in some form after skipping a generation.

Aurora Valentine, the heroine of Aurora's Treasure, was first seen as one of the brides in Much Ado About Mail-Order Brides (Hearts of Owyhee #6).  She was a free spirit if I ever saw one!  She'd grown up in the circus and was an aerialist, acrobat, and contortionist.  These skills served her well in Owyhee County, and prepared her for this adventure, because it was obvious early on that Aurora deserved (and demanded) her own book.

Conal of the Sun Clan will do anything for his grandmother, including risking everything to recover the Golden Legacy in order to bring his grandfather back to her.  And to do that, he needs Aurora's help to unlock the curse.  Riding alongside beautiful Aurora isn't much of a sacrifice.  But losing his soul to goblins is.

This book took me forever to write and to push through production.  It's been a struggle to get my head in the right place for storytelling ever since we moved to Idaho (actually, since before we moved).  My last release was over a year ago when Caroline Clemmons and I released our duet, Orphan Train Brides.  As for Aurora's Treasure, I love the characters and the story world, but with all this hammering going on, well, the writing process gets a bit interesting.

Mr R is trying to get the kitchen finished before Thanksgiving.  Turkey Day Dinner will be our first event in our new space.  So far, he has finished the mock-up and has drawn plans for the cabinets and counters he'll be building.  I have to work around the chaos, but luckily we have an induction burner, a toaster oven, and five Instant Pots, so not having a stove hasn't been an issue.  Of course, I haven't cooked any large meals lately, either.  Nor do I intend to (unless you come over).

My stove so far:

I have an induction cooktop and it will be set in a counter that is 30 inches high--tabletop height.  I'm short so counters are always too high for me.  And it's all good because the kitchen will be mostly handicap accessible, which is important because the years keep going by (not sure how that happens) and we have to look to the future.  I'm also excited to get new flooring on Oct. 6.  It'll be a gray rock tile pattern, but smooth for easy cleaning.  The existing linoleum is horrid and I won't have any regrets when that goes to the dump.

Want to party?  Join my readers' group, the Pickle Barrel Bar and Books on Facebook, because I'm planning on inviting my author friends to put on a doin's for you soon.  Be there!  Meantime, enjoy Aurora's Treasure: The Golden Legacy.  It's a quick, fun read.

Happy Reading!
Jacquie's Website | Amazon author page | BookBub
Facebook | Instagram | Twitter | Goodreads | Pinterest
If you're on Snapchat, friend me!  My handle is jacquierogers.  You can get videos of Sassy's latest updates there.  And goofy pictures of her scribe.
Keep up with Jacquie Rogers' latest news at the
Pickle Barrel Gazette!
Honey Beaulieu - Man Hunter series

Posted by Jacquie Rogers at 4:33 PM