GENRE - Where did the word come from? 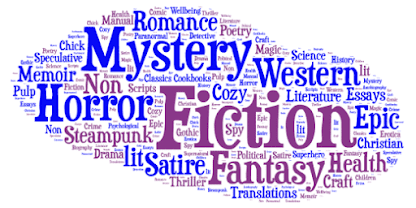 We hear the word genre a lot these days, whether it’s in relation to films, music or literature. Have you ever wondered what “genre” means or from where it originated? I have, so I decided to do some research. There are two main categories within literary genre; fiction and non-fiction, and within these are numerous sub-categories, which we know as genres.

“Genre” - French genre, “kind” or “sort. Latin genus. Greek: any category of literature, music or other forms of art or entertainment, whether written or spoken, audio or visual, based on some set of stylistic criteria. Genres are formed by conventions that change over time as new genres are invented and the use of old ones are discontinued. Often, works fit into multiple genres by way of borrowing and recombining these conventions.”

So, we know that genres tell us about the nature of something, but where does the word originate?

The word’s roots lie all the way back in ancient Greek, when the now famous Greek philosophers, Aristotle and Plato devised a system for classifying literature. They felt that as more and more literature was being produced it was essential to divide it into ‘genres’ in order to simplify and keep track of them. Literature originally only had three genres: poetry, drama and prose, which is obviously a whole lot less than the number of genres we have today! As even more literature was produced, with wider themes, more in-depth styles and specific speech and language patterns, there became the need for more genres to be introduced. Today, we have the following list of genres. (If I’ve missed any leave it in the comment section).

These genres can also combine to form sub-genres, for example a comedy may have tragic elements to it and would therefore be categorized with the sub-genre of ‘tragicomedy’.

Now for MY genre of the day, which falls into the Romance and Mystery categories:


Would you forsake your mother to save the woman you loved?

Season Scrimshaw isn't selling the land her parents left her when they died, not even to the gorgeous Rann Brogan who saved her life in the forest. Especially not after she finds out he was in the woods surveying her property.

Rann's mother, Charlotte, owns a large land development company. She wants Season’s property to put up a strip of luxurious, lakefront condos and Charlotte always gets what she wants. She sends Rann on a mission to seal the deal. To say Rann and his mother have had a normal mother/son relationship would be a stretch…a big stretch, but he’s always done her bidding.

This time it’s different. Rann hasn’t been able to get the beautiful Season out of his mind. While on his mission to secure the property, he realizes how much Season loves the land, and…he realizes somewhere along the line, Season has stolen his heart.

He discovers his mother will go to any length to get what she wants…including murder. Lives spiral out of control, secrets and lies take center stage. Rann is forced to choose between his mother and the woman he loves.

And he’s forced to become as dangerous and as lethal as Charlotte.

"I love how the story goes from romance 2 thriller. This book I could not put down & highly recommend 2 anyone!" ⭐️⭐️⭐️⭐️⭐️

“I highly recommend this book to anyone who likes romance, thrillers, and books where the bad guy gets what he deserves.” ⭐️⭐️⭐️⭐️⭐️ 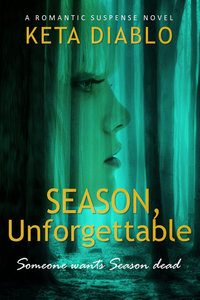 Thanks so much for stopping by Smart Girls Read Romance. See you next month!