I Kissed A Boy And I Liked It! 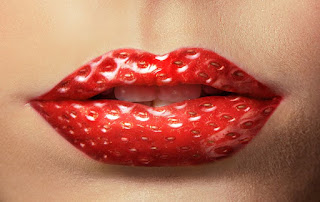 Have you noticed how many books these days have the word "kiss" in the title. I mean, I'm not personally promoting kiss books, but take a peek:

3:00 a.m. Kisses, French Kiss, Blood Kiss, Kiss Me Like This, Sealed With a Kiss

Okay, you get the idea. Lots and lots of books are themed around 'kissing'.

Bet you didn't know that the technical term for kissing is:

Encarta Dictionary: to kiss somebody
RhymeZone: to touch with the lips or press your lips against someone's mouth or other body part. 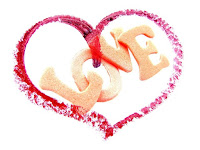 * A kiss triggers a cascade of neural messages and chemicals that transmit tactile sensations, sexual excitement, feelings of closeness, and even euphoria.

* Kissing may have evolved from a primate mother’s practice of chewing food for her young before feeding them mouth-to-mouth.

* Some scientists theorize that kissing is crucial to the evolutionary process of mate selection.

* Lips may have evolved first for food and later applied themselves to speech.

* Scientists believe kissing can be addictive

* Five cranial nerves that affect cerebral function are at work when you kiss, shuttling messages from our lips, tongue, cheeks and nose

Did you ever think kissing could be powerful enough to do all that? More recent studies show 59% of men and 66% of women admit there were times they were attracted to someone until they kissed them. “Bad” kisses did not factor into the equation, but rather those participating in the study indicated they just didn’t “feel right” about the kiss. The relationships ended abruptly after the lip-lock. (Otherwise known as "the kiss of death" hee hee)

Kissing, it turns out, unleashes chemicals that ease stress hormones in both sexes and encourages bonding between people. Both men and women had a decline in cortisol (a chemical associated with stress) after 15 minutes of kissing.

Men tend to think of kissing as a prelude to copulation (Come on, you're kidding me, right?) Men also prefer “sloppy” kisses. They admit to getting off on exchanging saliva to transmit testosterone, thereby increasing the sex drive in both partners. (Sneaky little devils).

Overall, the science of kissing *philematology* is still vastly under researched, but scientists are making great strides in this regard. And all along we thought we were just making contact with our mouths.

I saved the best picture for last. Ah, that first kiss. Please tell us in the comment section about your first kiss. (I just know these are going to be hilarious). You can even sign off as Anonymous.

Speaking of kissing, there's lots of it in the book I'm promoting this week:


Chasing the Dead
Western Romance/Suspense
(of course it has a ghost! And he's scary) 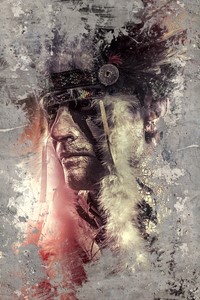 In 1884 New Mexico, Madrid Arrende finds herself kidnapped by the Apache. Determined to rescue her, her wealthy father realizes there is only one man capable of bringing her back alive...Deacon Bannister. Deacon doesn't give one whit about the large sum of money Don Erasmos Arrende has offered him to find his daughter. He only cares about bringing the woman he left at the altar a year ago home.

A ghost is terrorizing the Apache village and the young maiden, Sacheen, has been banished by her People for unleashing Uday's wrath. Now, Deacon, Madrid and Sacheen must flee for their lives across the rugged New Mexico landscape with the evil spirit in hot pursuit.

Will they make it back alive to Madrid's father's hacienda or will Deacon lose Madrid forever? 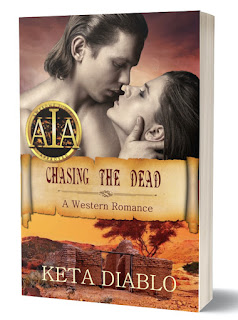 AVAILABLE AT ALL RETAIL STORES