How Books Are Changing by @JoanReeves 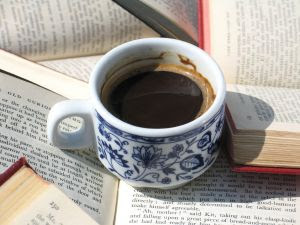 Recently, I read an article that declared books were dying just as newspapers are. I heartily disagree with that assertion. The book will live on—even the printed book will live on, even as digital and audio books surge in popularity.

Books are stories, and the hunger for stories still exists. If it didn't, television and movie studios should close their doors.

From primitive times to contemporary, stories are our cultural past and will remain so whether that story is read in a printed book or on a Kindle or heard through headphones.

The thing about stories that has changed is the pacing. In today's world, we want to get into the action of the story immediately. We don't want to read pages and pages that describe the scenery, the weather, the characters.

We don't want the scores of pages in Moby Dick that described a wave. 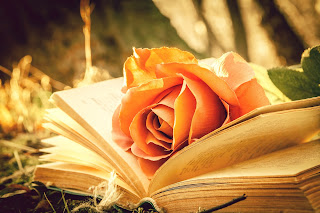 We don't want a book with a sentence that's 823 words long like the one that appears in Les Miserables by Victor Hugo. In today's world, 823 words is a chapter in many books!

We want books that draw us in...books that introduce interesting characters who immediately get caught up in something that changes everything...books that get to the heart of the story quickly.

Publishing From the Past to the Present

We've come a long way from the past when authors’ names weren't even printed on the covers of their books because the covers were considered artworks.

From authors using ink and paper to Mark Twain using a typewriter to write The Adventures of Tom Sawyer, the first book ever written using that newfangled machine, to computers to dictation software, authors are still spinning their stories.

From handwritten "books" to Gutenberg's printing press to the first modern printing presses to digital publishing, readers are still looking for stories that stretch the imagination and sweep them away. 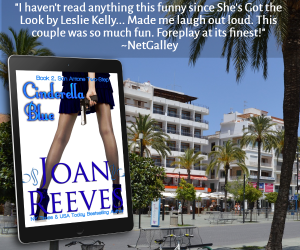 Readers Want to Jump Into the Story Immediately

I try to give them that opportunity in the opening scene. Take Cinderella Blue for example. It opens in the middle of action.

Here's a short excerpt to give you a taste.

Heat shimmered in waves above the pavement.

Across the street, Bruce Benton saw a cluster of shops that created one-stop shopping for women looking to drop a few grand on a pretentious wedding.

He crossed over and headed to the flower shop. As he passed the glass storefront of a photographer’s studio, he saw a woman inside. A nano second later, he stopped abruptly. The heat must be frying his brain. He retraced his steps, casually glancing in again. The woman wore a wedding dress, but instead of a bridal bouquet, she held a handgun.

Bruce drew his Glock and eased the door open. A bell over the door jingled. He cringed as he slipped inside and hoped she was deaf.

The woman whirled. Nope. Not deaf.

She held her gun in the same shooter’s stance as he. “Take it easy, lady. Maybe the photographer took some lousy pictures of you. That’s no reason to shoot him.” 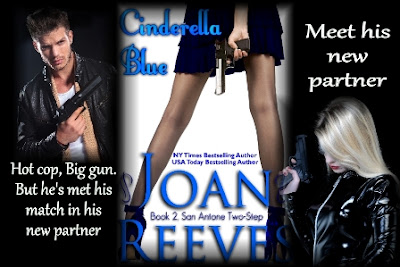 Everything happened at once. A man rushed from behind her, slammed into her, and sent her flying into Bruce. They went down in a tangle of arms, legs, and miles of white satin.

She came up snarling. 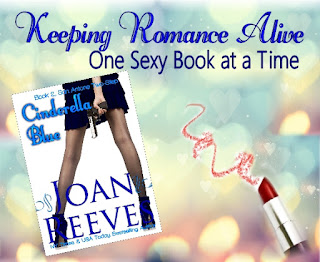 He stepped toward her. With another snarl, she whirled. He saw a white blur and felt agony in his hand. A roundhouse kick to his solar plexus cut off his gasp of pain. He hit the floor.

Wheezing, he tried to rise, but the blonde stood over him with her gun—and his—pointed at him.

Bruce groaned. Not from pain so much as humiliation. Crap. The guys at the cop shop would never let him live this down.

Authors, give the readers what they want, and you'll have succeeded. Readers, buy books and give the authors the reviews they need, and you'll keep getting stories you love.