Five Haunted Cities - That Should be On Your Bucket List!

Today we're talking about haunted cities. Here are five that should be on your bucket list if you, number 1, like to travel, 2, love ghost tours and, 3, are addicted to historical places like me. 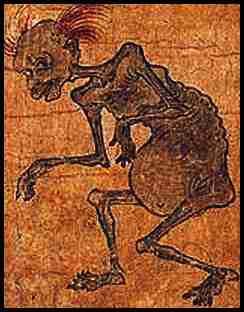 1) Quebec City
Quebec’s dark history dates back to when it was New France more than 400 years ago. Join Ghost Tours of Quebec or Les Promenades Fantomes to visit sites such as the Plains of Abraham, which was a former battleground during the Seven Years’ War between the British and French. The worst fighting occurred during the Battle of the Plains of Abraham in 1759, when more than 1,000 soldiers were killed. Venture into the surrounding tunnels, where some have smelled gunpowder and heard cannon shots. The Fairmont Le Chateau Frontenac is one of the world’s most Instagrammed hotels, and yes, it’s haunted. It was named for Louis de Buade, a former 17th-century governor of Quebec, who died before marrying his fiancée. He roams the halls searching for her, and has been seen everywhere from the hallways to guest rooms.
2) Washington, D.C.
The White House, The National Theatre and Hay-Adams Hotel are among the city’s haunted hot spots. Get the lowdown on its seedy past with Washington DC Ghost Tours, Scary DC or Washington Walks. However, The U.S. Capitol Building, which was built in the mid-1800s, is filled with specters, from construction workers to politicians (John Quincy Adams actually died there). In fact, there’s even a “demon cat” that appears right before national tragedies.
Historical hauntings also happen at The Octagon House. Dolley Madison, wife of president James Madison, lived there for a spell, and loved throwing parties; she’s sometimes seen in her party frock. Less happy occurrences in the mansion’s past include rumored murders and unexplained deaths. If you take a self-guided tour of the now museum, don’t be alarmed to feel cold spots on the staircase or hear knocking inside the walls.

3) Chicago
The Great Chicago Fire of 1871 lasted two days and killed at least 300 people. However, even worse was the 1903 fire at the much-touted fireproof Iroquois Theater, which killed more than 600 people at an afternoon performance. In fact, the alley behind it has been nicknamed “Death Alley,” after those who jumped to their death to escape the fire. It’s also where recovered bodies were temporarily placed. The Oriental Theater (pictured) now resides on the spot, and people have seen ghosts in period dress, heard screams and smelled smoke.
Try your luck by booking a room at the Congress Plaza Hotel, said to be overflowing with ghosts. Room 441 is believed to be among the most haunted, with a woman that shakes the bed, shadowy figures and projectile objects. Even scarier, there’s a sealed shut room with no doornob on the 12th floor. You probably wouldn’t want to spend the night there anyway. Weird Chicago Tours and Chicago Hauntings cover more haunted spots around the city.

4) San Francisco, CA
The lawless gold rush period and the 1906 earthquake, which triggered a fire that killed at least 3,000 people, likely contributed to San Francisco’s haunted present. However, Alcatraz Island is also notoriously haunted. Tales of death, murder and insanity surround the prison that once held mobster Al Capone. You can visit at night for the chance to experience cold spots, whispering in empty cells and sounds of slamming doors. Learn about other haunted sites, from the USS Hornet to Chinatown, with San Francisco Ghost Hunt Walking Tour, Haunted Haight Walking Tour or SF Chinatown Ghost Tours.

Although about an hour from the city, it’s worth detouring to visit the Winchester Mystery House, whose history is just as fascinating as its hauntings. Long story short, a medium advised Mrs. Winchester to never stop building a house in order to prevent ghosts from haunting her. Mr. Winchester took this to heart, and after 38 years of endless construction, the result was 160 rooms with baffling architecture, from doors that open into walls to staircases that don’t lead anywhere. Ironically, despite her efforts, Winchester is most certainly haunted; take a candlelight tour in October and watch out for lights turning on or Mrs. Winchester herself calling your name.

5) Portland, Oregon
At one point, Portland was considered one of the most dangerous port cities in the world thanks to prostitution, gangs, opium dens and gambling rings. One of the most persistent stories from this era is about the Shanghai Tunnels, which are underground tunnels that connected hotel and bar basements to the docks. Originally intended to transport goods from the waterfront, they're rumored to be where hired hands in the 19th century would kidnap, or “shanghai” men to work as slaves on ships bound for Asia. Victims would be dropped into the tunnel via trapdoors found in bars and imprisoned in cells until their ship set sail. Some ghost tours such as Beyond Bizarre Ghost Tour, Haunted Pub Tour, Hawthorne Ghost Tour and Shanghai Tunnels/Portland Underground Tours start at Hobo’s Restaurant, where there’s a basement entrance to the tunnels. Besides hearing screaming and crying, people report seeing Nina, a prostitute who met an untimely end at the bottom of an elevator shaft of what’s now Old Town Pizza.

Speaking of ghosts, I'd like to share an excerpt from my most recent book Comes A Specter ((now on pre-order). Several reviewers said the ghost scared the bejeebers out of them, but they also loved the book!

"I can't recall the last time I read such a fascinating ghost story."
"This story is heavy and rich and enthralling. It begs the question,
What next?" with every turn of the page."

Excerpt:
A haze of gray mist swirled around the spirit's form, his human form. If the situation weren't so serious, Sutter could have shouted with joy. He took in the ghost's visage. A quiver hung from his shoulder stocked with sharp, pointed arrows—a sign he'd transformed into the fierce warrior who once walked the earth. Steeped in blood (no doubt from his recent kills), his clothing hung in tatters around his massive frame—a vest made of animal hides, a breechcloth and fringed leggings. Sutter's gaze traveled to his painted, pock-marked face. Yellow and white stripes marked his forehead and chin, and black circles blended into his dark eyes. For a brief second, Sutter's insides quivered and ropes of tension knotted every cord and fiber of his body.
Bleary, unearthly eyes speared Sutter when the wraith raised a hand of claw-like fingers and pointed at his enemy’s chest. The wind, much like the sound of a thousand women wailing, keened into the deafening silence. Fire exploded from the ghost's eyes—flames the fires of Hell couldn't compete with.
Sutter shouted over the infernal noise and flames. "You are not welcome here! Hear my words, you are dead!"


Like a misty cloud of energy, Ten Wounds lurched forward, a staccato rhythm of hisses and howls spewing from his foam-drooling mouth. Sutter had never imagined such a demonic apparition.

Thanks so much for dropping by Smart Girls Read Romance today! We appreciate it.

And pre-order her latest book, Comes A Specter (Click to preorder)