Navigating the 'Muse'-fields of Writing

"You know, if I just had some time, I could write a book."
That's one I've hear a number of times. And it's true.
Given a little time, you could write a book. That's how I do it.
Take time + Dedication + Pressure + Deadlines + Anxiety.... there's a lot of things that go into a book/novella/novel.
For most, it's not a 'throw away' activity where you rush to get through it and then kick it out into the cold world of self-publishing.
I'm not going to try to tell you that my process is any better that anyone out there, and I could probably find thousands who have a better, faster, easier way than me, that's not up for debate.

So I'm going to give you a real insight into the creative part of my mind.
I'm one of those 'desk covered with paper' kind of person, but in those shifting dunes of papers and pieces, I know where everything is.
Mostly. *wink*

I have a plastic 'shoebox' box that sits on the table beside me with all kinds of desk supplies which I never need until I've set that one item 'somewhere' and can't remember exactly where I left it.

There is an honored cork 'coaster' that sits just off of the left side of my keyboard for my iced tea. I'd like to think it's some kind of exciting wine or maybe even hard spirits, but I'm boring and I admit it.
It's not even sweet tea, which makes my heart go pitter-pat, because since the doctor told me I had to cut out the sugars, I just 'imagine' the sweet in my tea.

But, let's get down to the nitty-gritty.
My 'ideas' - Sometimes an idea starts off as an image. It could be an old picture posted on facebook, or location with a cool story, or a stock photo that I can use for a cover.

But at the moment, I'm working on a series of books called Sylvan City Alphas and book 3 for a new imprint called BAD (Bad Alpha Dads) - Hot Alpha Shifters who aren't the best of dads at the beginning of the story... but then we have our HEA not only for the Hero and Heroine, but for the child too.

SO MANY FUN IDEAS!!!

My first idea for a story will actually end up being number 5 or maybe 6 in the imprint. Maybe I like to torture myself? But that idea came with the idea for the title "Hot for Teacher"
and really, so many song titles work oh-so-well as book titles. So from there I was on a hunt for another idea for a title or a title for an idea.

Confused yet? Yeah, me too!
After a few throw out, and then away, titles, I remembered the Keith Urban/Carrie Underwood song 'the Fighter'

What if I fall, (I won't let you fall) What if I cry, (I'll never make you cry) And if I get scared, (I'll hold you tighter) When they're tryna get to you, baby, I'll be the fighter

And because I LOVE Country Music, I like the way that the words can cut both ways... So I started there. 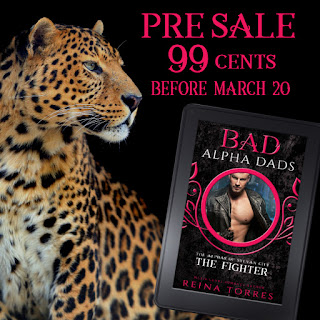 A Fighter... Fighter went to Fight Club
Fight Club... well that's no place for kids!
A shifter kid... the original idea was for Cage to become the guardian for a baby, but that only went so far.
I keep going back and forth... little girl... little guy? Toddler? Grade School?
Oooh wait!
A Teenager! Oh that would get under his skin... errr... his hide? He's a jaguar after all... and well, Miss Frances Billings is a teenaged lion, the daughter of his best friend.
And we all know that all teen girls are sweet and wonderful and not emotional at all! Especially when they had to move thousands of miles away from the only home they've ever known.
And what exactly is a gruff Jaguar going to say to an almost-emo teen lioness?
Not a whole lot... so who will be that 'bridge' over these furry waters?
Well, a mate... a woman who had their own trouble in the past her own struggles to work through.

And together - the growly foster dad, the woman with a heart bigger than he thinks he deserves, and a grumbling teen who just wants to hide in her room... maybe they'll turn this Fighter into a lover.