Happy New Year! Launching a new year is heady stuff. Do you make resolutions? Figure out what went wrong last year? Make a fresh start? Roll out of bed and say it's just another day?

Honestly, I didn't make resolutions but I did go over my past year then made a business plan for 2018. The difference? I don't vow to do anything, but I set goals I believe I can accomplish. I give myself a road map for the year.

Amazon started my year with a sale on AMANDA'S RANCHER, one of my favorites of my books. As an author, I like every book I write or I wouldn't write it. Some stand out as favorites, though, and this is one of them.

Take a good young woman who has less than nothing and give her more than she'd ever hoped for and that's the plot of AMANDA'S RANCHER. Things don't go smoothly, of course. In fact, they get pretty mixed up, hectic, and dangerous, but that's what makes a good story, right? 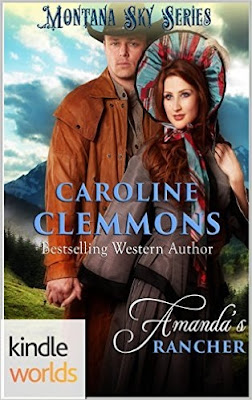 If you haven’t read this book, I hope you’ll give AMANDA’S RANCHER a try. So far, all the reviews are 5 stars!

One desperate young woman.
A chance meeting.
A life-changing outcome.

Growing up in a brothel, Mara O'Sullivan battled public disdain and contempt, but remained virtuous, kind-hearted and gracious. After testifying against vicious bank robbers, her life is threatened and Mara must find sanctuary far from everything she knows.

One train ride changes her life as she fatefully meets a half-sister and a niece she never knew existed. But when circumstances end her sister's life, Mara makes a promise that she'll raise her niece as her own and take her sister's place as Preston Kincaid's mail-order-bride. As Mara and Preston grow closer, their marriage no longer seems like a ruse, but a relationship of love, passion, and desire.

Mara's past comes back to haunt her and she finds herself in danger—will her new husband forgive Mara's deceit and protect her as his own?

Mine isn't the only title from Montana Skies Series Kindle World that's on sale. These books are well-written, sweet romances set in Debra Holland's Montana Sky Series locale and in which some of her characters appear. Given the parameters, I'm impressed with the variety of plots and strong characters. These are great reads!

Of various lengths on sale for 99 cents in January are:

Reminder: All Kindle World books are now in Kindle Unlimited. 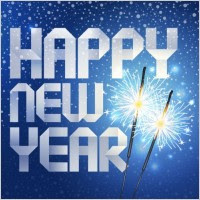 Posted by Caroline Clemmons at 12:51 AM