When a Story Goes Awry by Paty Jager 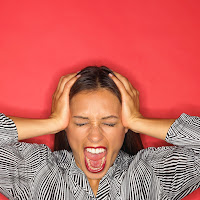 Last month I was telling you about all the fun things I had going on and how the last book of the Letters of Fate series was just about finished. That is the story that went awry.

I finished the book but wasn't happy with it. I had someone read it and give me feedback. From the feedback, I realized the story had moved away from the romance and become to centered on the religious history. At the beginning, when I'd conceived the idea for the story, it was all about the love and bond between the hero and heroine.

Frustration set in as I tried to recapture the emotion and feelings I'd started with and ditched to restart the book adding the historical research I'd found. The frustration level over not being able to figure out how to keep what I had and fix the story had me hating sitting down to write and being crabby. My husband said if writing makes you this upset, maybe you shouldn't be writing. I replied it's not the writing it's this book.

And while I don't like quitting a project, I had to stop this one. After discussion with other writers and suggestions from the person who read the book, I decided to set it to the side and move on to the book(s) that were pulling at my attention.

Having given myself the space from the story, I've realized I need to go back to my original thoughts, and push the version that I'm aggravated over into the pile of manuscripts I wrote before becoming published and let the dust bunnies collect on it.

Henri: Letters of Fate will be published, most likely at the end of the year. After I've written two mysteries and started the new historical western series. I love the hero and heroine in Henri and I want to give them their story. The one that I started out to write before my research took me down the wrong path.

Writers: Have you ever discovered you had a book that had gone the wrong way? If so, did you fix it right away or give yourself time to figure out why it was going wrong?  Readers: Do you mind a book taking longer than planned to get published as long as you get a good story?

Paty Jager is an award-winning author of 30+ novels, a dozen novellas, and a passel of short stories of murder mystery, western romance, and action adventure. All her work has Western or Native American elements in them along with hints of humor and engaging characters.
This is what readers have to say about the Letters of Fate series- “...filled with romance, adventure and twists and turns.” “What a refreshing and well written love story of fate and hope!”
Posted by Paty Jager at 12:01 AM