In Greek mythology, there were 9 muses, the daughters of Zeus and Mnymosyne. Wikipedia defines them as "the inspirational goddesses of literature, science, and the arts. They were considered the source of the knowledge embodied in the poetry, lyric songs, and myths that were related orally for centuries in ancient cultures. They were later adopted by the Romans as a part of their pantheon."

In modern usage, the word has several definitions. As a noun, it can be a spirit or source that inspires an artist, i.e., an influential teacher, a mentor.

As a verb, it can be defined as someone having deep thoughts about life. To ponder or consider, to think over or about, to chew on, etc., etc. Example: "He mused on the problems he faced." Or "I mused on Mary's problems." Or "I think I've seen her before," Mary mused.

Muse is often associated with writers. If you happen to be one, your muse can be a nightmare, the thing that deserts you when you need and want it most, the fickle goddess that can bring on writer's block.

That's where I've been for the past few months--wading through the flypaper of writer's block. I didn't recognize it at first. In the 20 years I've been writing, I've never been stumped for a plot or dialogue  or character development. I've always known, basically, where I was headed.

Often, writers are  solitary, sensitive creatures . The slings and arrows of life can knock their muse into the middle of next week and for it to come crawling back can sometimes take months. Sometimes that's personal; sometimes it's something else.

The slings and arrows of late are the writing and publishing business itself. I've had a hard time coming to terms with the new norm. I'm still having a hard time with it. Being the maverick that I am, I don't want to be owned by the company store. However, my desire to at least finish the two books I've started is strong. I've got too much invested in writing to abandon it. I've walked away from 2 careers to do it. Finally, and hopefully, after being bitch-slapped flat, my muse is picking herself up off the floor and slowly tip-toeing back. I don't have hardheaded Irishmen genes coursing through my blood for nothing. 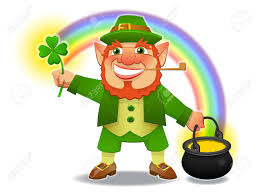 Email ThisBlogThis!Share to TwitterShare to FacebookShare to Pinterest
Labels: Amazon Kindle, Anna Jeffrey, award-winning contemporary romance author, Dixie Cash, Texas, The Cattleman, THE HORSEMAN, You Can Have my Heart but Leave My Dog Alone