Last week my five-year-old granddaughter Corrina spent the day at our house. We did our usual things: had a tea party, made a tent out of blankets, drew pictures with crayons. As I washed dishes from our lunch, she perused our bookshelves. I’d just scrubbed the last pan when she came to me with a book and asked me to read it. The book was The Best Exotic Marigold Hotel by Deborah Moggach. I’m guessing the bright yellow flowers on the cover caught her eye.

I asked, “Wouldn’t you rather read the story about Harriet and her ballet recital?”

I never say no to reading. I dried my hands, led her to a chair in the library, and opened the book, hoping I wouldn’t have to censor any of the words or try to explain what was going on. The opening paragraph said:

Muriel Donnelly, an old girl in her seventies, was left in a hospital cubicle for forty-eight hours. She had taken a tumble in Peckham High Street and was admitted with cuts, bruises, and suspected concussion. Two days she lay in A&E, untended, the blood stiffening on her clothes.

I asked Corrina if she knew what concussion was. She shook her head, and I explained that it was a serious bump on the lady’s head.

When she asked, “But where are the pictures, Grandma?” I told her that grown-up books usually don’t have pictures in them.

Her eyes opened wide. “They don’t?”

“No.” I gestured toward the shelves. “None of these books have pictures.”

Corrina was speechless, until I explained. “The people who wrote these books created pictures with their words. When you read them, you see the pictures in your mind—in your imagination.” 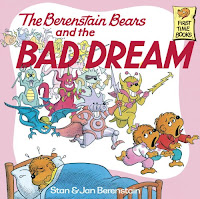 She thought about that for a minute, then climbed down from my lap and searched through her collection of books. We read The Berenstain Bears and The Bad Dream (one of her favorites) with “real” pictures on every page.

My first writing instructor advised his students to create “word pictures.” That’s an amazing skill when you think about it. By combining words into sentences and sentences into paragraphs, a writer can take her reader far away—from suburbia to Saturn; from the city to the Citadel; from last week’s headlines to the lost Ark of the Covenant—and create vivid images in the reader’s imagination. That’s quite a super-power!

I enjoyed going to India with the guests of the Marigold Hotel. I also recently visited the Blue Ridge Mountains with Cassandra King, and explored Paris (both past and present) with Juliet Blackwell. The pictures I saw in my imagination were more vivid than any a photographer could create.

Have a writer’s words transported you anywhere memorable recently?

Posted by Sandra Nachlinger at 12:38 AM