I'm Getting More Exercise, but ...

Three weeks ago, I found my husband unconscious on the hallway floor just outside the laundry room. He was flat on his back and for an instant I thought I'd lost him. I couldn't get him to respond as I patted his cheek. You'd think I'd be smart enough to check for a heartbeat, but I was too frightened to think.

I called 911. Evidently I must have sounded like a lunatic because two ambulances arrived. One for Calvin and I have a sneaky suspicion the other was for the crazed woman who'd gone bonkers over the phone. By then, I'd gotten Calvin to open his eyes and he was throwing up.

Diagnosis? Mild heart attack. He was in the hospital for four days while a battery of tests were run. When he was discharged, he was wearing a monitor with instructions to keep it on for two weeks before mailing it back to the lab.

Meanwhile, Calvin and his male pride insists he do things as he always did. Ride the stationary bike for an hour. Run the sweeper so I can keep writing. Empty and load the dishwasher. Putz around in the garage.

All the while my ears are listening for any strange noises. Like things going bump. When they do, I run!

Once I found him on his back in the garage with the upright freezer on top of him. He had no clue what had happened. Thank goodness the door had opened in the fall preventing the freezer's complete weight from smashing hubs. He was covered with frozen vegetables and a turkey breast on a male portion of his anatomy not up for sudden, cold bird attacks. "Get that damn breast off my..." Well, you get the picture.

He was in the den looking a word up in the dictionary when he fell asleep and Webster's hard backed edition hit the floor. I bolted into his den on a dead run. He looked at me as if I'd lost my freaking mind.

The seat on his stationary bike is hard on his skinny behind--not mine, because I bring my own padding, if you know what I mean. So, he decided to put cushioning beneath the leather seat cover. He tipped the bike over, causing an awful racket, and I sprinted into the little bedroom where the bike resides. I damn near ripped the door off its hinges.

The heart monitor showed the bottom of his heart goes into spells where it beats 4 to 10 extra beats in a row. Not enough that Calvin would feel it, but if it goes higher, like to 15, he has loss of oxygen to his brain and passes out. He's been passing out from time to time all year and no one could figure out why. Now, we know. 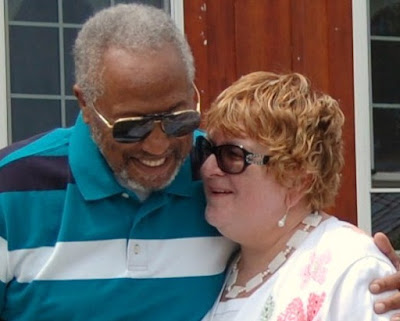 Visit my website at www.vonniedavis.com and sign up for my newsletter. You'll get a free holiday novella, "UP THE CHIMNEY." 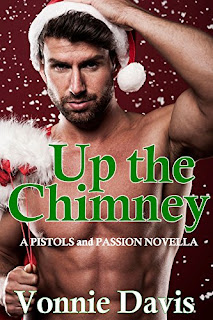