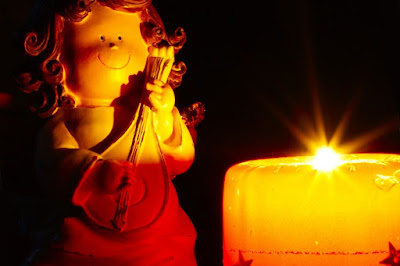 'Tis the season and all that. We got past Halloween and now are coming up fast on Thanksgiving with Christmas in the air. Out where I live, the Christmas tree harvest trucks began running early in November. I have to wonder what those trees are like by the time they get to their homes. It's quite a business though with thousands of acres of farms where they move them by helicopters after workers cut and bundle them.

This will be our first year to be in Oregon through the whole holiday season, and it feels a little strange. Generally speaking, part of the fall we spend in our second home in Tucson, Arizona. It is also a vacation rental; so our time there is spent doing the work that every home requires and getting it ready for January arriving

snowbirds.  We then head north as they head south because for us January and February are lambing months and times of heavy feeding of livestock.

We ended up with a complication to going this year with adopting two feral cats, who had come to the farm. Because the two inside cats have not accepted the new family members, it would have been difficult to give the outdoor/indoor ones the proper care without us here. I am hopeful they will all adjust to each other... Yes, I am mostly an optimist.

Missing time, in a home and land that we love, has had an economic consolation-- renters have now booked three weeks in times we'd have generally been there. I will miss our fall and winter break in Arizona, but Christmas is never with family down there; so that's another benefit to the change in plans.

I've had to get in the Christmas mood early with two novellas planned that  involve women of a certain age who are starting over. One knows it, and the other finds out. The interesting part of this has been that those women live over 100 years apart. The contemporary novella, Red Hawk Christmas, is set in 2014 and will be part of a series called, unsurprisingly, Women Starting Over.

Red Hawk Christmas was fun to write as it took Diana, my retired teacher, in a Class C motorhome from Chicago across parts of the American West and finally to Southern Utah.

Most of the places she stops are ones I've been and especially enjoyed. They encompass Western history and even prehistory. Diana, at 58, finds three men interested in her-- in ways she's long forgotten are possible. One though came to her dreams and when she actually saw him, the big question was what did he want.

Another rewarding aspect to writing this book was not only small town Christmases but also setting her in a place I've long wanted to spend more time. Maybe someday. For now, I had to do it through Diana and her two Chihuahuas as she enters a world very foreign to her and yet one that feels more right than she ever dreamed possible.

With the afternoon warming up and feeling she and her dogs needed exercise, Diana put on their leashes. She pulled on a chambray shirt over her tank top, and the three of them headed across the highway and up the streets to explore Bluff. Many of the deciduous trees had lost their leaves. A few still had remnants of brilliant yellow and rich orange leaves.


The air held a pungent fragrance that of juniper and sage-- scents she’d first experienced when she hit the West. It stirred a feeling of wildness she’d never known. Overhead, she heard a scream. She looked up to see a red tail hawk soaring on the airwaves. She watched until he disappeared behind a bluff.
Remembering there was supposed to be a cemetery just above the town. A few more blocks and she was there. Among the upright, interesting markers were more modern ones. She had thought it would be one place to escape Christmas, but one of the tombstones had a wreath hung over it. She read some of the names of the families who had lived out their lives in this remote spot.
Reminders of families, of belonging, were getting to her, and she went back out the gate. Things couldn’t get worse. Then they did. 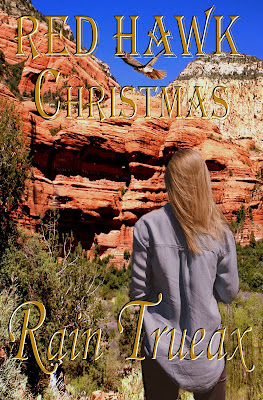 Red Hawk Christmas 99¢ until after the holidays-- available at: