Do You Believe in Love at First Sight? by @JoanReeves

I write novels full of romance and passion—not to mention sex and humor—and everything I write depends on the magic of love.

The Magic of Love

I think if you are in a love relationship then you identify with that kind of magic.

I just finished writing Last Christmas, a novella for the upcoming Love, Christmas Romance Collection, and this was a love-at-first-sight gone wrong. Or, seemingly gone wrong.

For most people, love comes subtly, often growing slowly and steadily until one day, you realize that you're in Love! That's right, Love with a capital letter L.

Some though really do experience love at first sight. What is this insanity called love at first sight? It's an instant spark of recognition that transcends common sense. Anyone who has ever felt the magic of first love will tell you that it's real.

Oddly enough, most of the couples I know who say they knew the moment they met that they were going to marry that person are older people--most of them married scores of years. They all say that they took one look and fell in love.

Head Over Heels in Love at First Sight

Every culture has an expression meaning love at first sight. In Italy, they call it colpo di fulmine which, roughly translated, means struck by a lightning bolt. I imagine that's what that instant knowledge feels like.

My maternal grandparents met when they were children. They instantly "liked" each other. They were young back in the day when family responsibilities took precedence over personal desires. 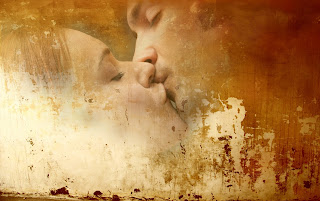 As a young man, my grandfather was the sole support of his widowed mother and his spinster sister. He was in love with my grandmother, but he didn't propose because of his responsibilities. He moved away to take a job that offered him the income to support his mother and sister.

My grandmother loved my grandfather, but what could she do? It was unseemly for women to pursue men. As the last daughter at home who was unmarried, she became the sole support and caregiver for her widowed mother. (I know she could have married many times because she was very beautiful.)

Time Waits For No One

More than 20 years passed. At one point during a leap year, my grandmother mailed my grandfather a poem she wrote in which she proposed to him. I think he carried that poem with him every day in his wallet until it was in tatters. 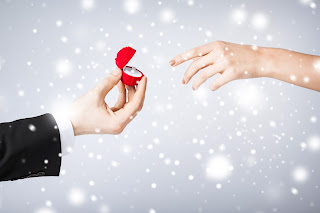 Both my future grandparents were in their 40's by this time. He arrived on her doorstep one morning. The next morning they were married. A few years later, my mother was born. Since my grandmother was in her late forties by this time, my mother was a beloved only child.

My grandparents were together until death separated them. My grandfather lived on and passed when he was 100. He often talked to me about my grandmother, telling me how they played together as children, and they they grew up and wanted to marry. He said that the years between them didn't matter that it just made their marriage even sweeter.

Most people think love at first sight is just immediate lust and that the love dies after the lust is satisfied. Maybe that's true for some, but I think lasting love can arise from love at first sight too. In that moment a man and woman meet, something happens.

At least that's what happens in my novella Last Christmas.

Last Christmas, Annabelle gave Rick her heart, but he threw it away. Now they meet again, and Rick wants to redeem himself—but she has that other word R-word in mind: Revenge.