HOW I WRITE MY NOVELS: KNOW THE ENDING FIRST

To begin writing without an idea of the ending of my story is like driving on a deserted road at night in a car with no headlights. Knowing how my novel will end helps me remain focused throughout the writing process. Now, my ending doesn’t have to be etched in stone, but I should have some idea of the ending. However, using an ending for an ending’s sake would undermine my process as well. 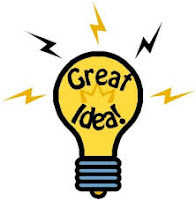 END ON AN EVENTFUL AND EMOTIONAL NOTE

Ambiguous endings are just as detrimental to the writing process as not having an ending at all. An example of an ambiguous ending would be something like: Vanessa knew what she had to do: let go, and allow Rick to love her. That’s not a clear ending. The solution is to end on an event or physical action that expresses that idea. Emotionally, end on a note that expresses the fact that she has let go. Something as simple as an embrace between Vanessa and Rick with her crying is both a physical and emotional ending that could work, especially if Vanessa has refrained from having any physical or emotional contact with Rick throughout the story. Of course I can build up to that moment throughout the story. But that’s the point. I have something tangible that I can build towards while writing my story. Now I could create all kinds of physical and emotional tension as I build towards that ending.

HOW TO GENERATE IDEAS FOR ENDINGS

A good rule of thumb in trying to come up with an ending before I write is to start with a premise and end on a conclusion that opposes that premise. For example, if I want to do a story about a bright, beautiful recent med school grad who has never had a boyfriend (something she’s sworn off since she witnessed her father cheating on her mother years ago with her grade school teacher), then my premise could be something like: Love will never find a place in Amy’s heart. That is a premise, and the end will ideally confirm or refute that theory or premise. So, a simple ending could be Amy marries Mark. Notice how the ending is tangible: marriage.

Here are some other examples of endings: Chloe and Bill make love, Jason proposes to Erin, Lisa arrives in Paris where Blake is waiting for her, Nicky introduces Rob to her parents, Marley and Eric take a vacation to the Caribbean after she’s informed that she no longer has cancer.

Those of course can be fleshed out in more detail, but those are concrete events that can signal a story’s ending. Notice how they can guide the writer from the beginning.

Writing a novel without the guide of an ending is very difficult. Inspiration will only get the writer so far; writing without an ending in mind will get me to page 20 or maybe 30, however I won’t really know where my characters are headed. Knowing where I’m headed can take the pressure off while writing. As one published writer put it: “send your characters to hell and back, as long as you know where back is.”