Tomorrow, Tomorrow, Will They Buy It Tomorrow?

Book three of "A Highlander's Beloved Novel", my bear-shifter series--BEARING IT ALL--releases tomorrow. I'm nervous, as I always am. I'm worried if I've done everything I can to get the word out. Lucky for me, my publisher, Random House Loveswept, has helped promote me, too. 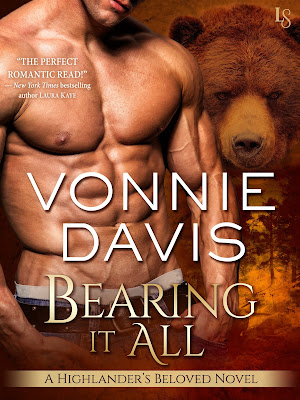 The series thus far has been about the Matheson brothers--Creighton, Ronan, and Bryce. In Scottish, mathe means bear and these men are sons of bears, or bear-shifters. 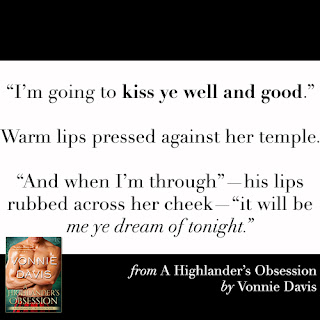 Book one, A HIGHLANDER'S OBSESSION, is Creighton's romance with an American who's traveled to Scotland as a companion for her Grandma Effie to attend her uncle's funeral. For Creighton, it's almost love at first sight. For Paisley, who has a boyfriend back home, meeting Laird Creighton is like a nightmare. She can telepathically communicate with animals and she hears Creighton's bear speak to Ronan's bear. Poor thing thinks she's finally crossed the line of insanity.

Book two, A HIGHLANDER'S PASSION, was Bryce's romance with his childhood friend, Kenzie. Bryce, a widower, is father to a precocious four-year old who's liable to say most anything. He's spurned Kenzie once before. Now, realizing his mistake, he's out to win her love. She's not having any of it.

Ronan, the middle brother, has said repeatedly, "I have nay time ta hunt fer a lassie. If she wants me, she'll have to drop from the feckin' sky." Men should be more careful what they say, don't you think?
A Scottish hunter and a French secret agent find themselves on a collision course with danger—and irresistible desire—in Vonnie Davis’s new bear-shifting Highlander novel.

In the pine-dense mountains of the Scottish Highlands, shape-shifter Ronan Matheson is taking a couple weeks off from his duties at the family-run lodge to find solace at the cabin he built. His bear is running free when a desperate woman parachutes out of the sky, directly onto his furry, powerful chest. Instead of clawing her to death, Ronan’s inner bear longs to keep her safe. Once he’s back in human form, Ronan is amused by the mysterious beauty’s fearless attitude—and tempted by her expertly toned physique. But what could she possibly be doing in this isolated stretch of the Highlands?

French intelligence agent Anisa Brosseau (think 007 with boobs and curly hair) never imagined she’d be on the CIA’s bad side—until she’s framed for treason and forced to flee in a stolen drone. Hiding out in a remote cabin, Anisa just needs some time to clear her name. What she doesn’t need is a brooding, muscle-bound Scot in a skimpy kilt to drive her crazy with lust. But when Anisa’s enemies come knocking on his door, Ronan calls on a secret weapon to protect his turf and the bonny lass he’s come to love.