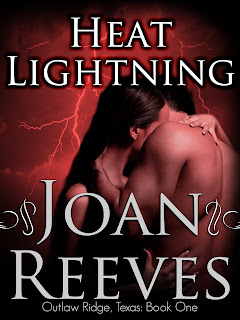 History is full of quirky little facts. In Heat Lightning, my most recent book--available for pre-order even as we speak--the heroine entertains the hero with the story of how the vacuum cleaner came to be invented.

I found it interesting so I hope that bit of trivia educates and entertains readers too.

I like to toss in entertaining tidbits in my books by adding a little quirk to a character so it's actually the character tossing in those tidbits. It's kind of fun, you know?

Heat Lightning is the first novella in the Outlaw Ridge, Texas series. In the second book, Heat Wave, Mercy, the heroine, is a history teacher so I'm having loads of fun finding quirky historical facts that she breathlessly spouts when she's trying to avoid the hero's seduction. (Why avoid it? Well, that's part of the story of course.)

It seems most people--who aren't historical authors--think history is a bore. I've often thought that's because of the way history is taught with an emphasis on dates and who did what and when. But history is just the adventurous exploits of the famous and infamous. Television writers seem to know this. They're doing a great job of bringing the Revolutionary War to life with series such as Sons of Liberty and Turn. (Hey, if the "Skin-emax" treatment gets people interested in history, it's all good.)

Here are a few things I learned in gathering oddball historical tidbits. Enjoy!
You wouldn't believe the historical facts about people murdered by various world leaders since the beginning of time!

Next time your kid bemoans history, throw a few fun facts at them. Maybe it will interest them in the underlying drama that is history.

Joan Reeves, is a bestselling author of Contemporary Romance. Her next release, only 99cents on pre-order is Heat Lightning. Available as ebooks and audiobooks, her romance novels all have the same underlying theme: “It’s never too late to live happily ever after.” Joan lives her happily ever after with her husband in the Lone Star State. Sign up for WordPlay, Joan's free email list for readers: http://eepurl.com/Yk61n.
Posted by Joan Reeves at 1:00 AM