What Does a Writer Do Between Books? by Vonnie Davis

Have you ever wondered what a writer does between books? I ask that because I'm at that stage right now. If you were to ask twenty authors, you'd get twenty answers. We're all different. Some young and energetic. Some charmed by other hobbies. Some dividing their time between outside jobs and children.

But I'm retired. I literally live, breathe and eat writing. It's like a compulsion. I can't not write. And, yes, I know that was a double negative, but I've been known to bend writing rules a tad. 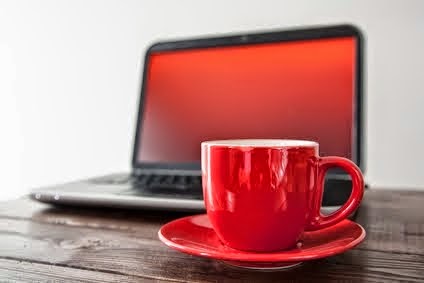 I am at my laptop from 9 am until 1 am, either doing promo or writing. I am contracted to write 4 books a year--2 for Loveswept Random House and 2 for HarperImpulse. And depending on the mood of the day, I will either tell you I am terribly blessed or bore you to death with my whining.

Last Friday, I completed my first draft of book two of my Scottish paranormal romance series for Loveswept. The contract called for a minimum of 80,000 words. I ended up with 86.600. It's got some loose threads I need to delete. I also want to eliminate some repetition and deepen the emotion. So I've put it away for 2 weeks, giving my mind time enough to think of anything new I might want to add or major parts to delete. Then I'll drag it out and begin reading it all over again, hoping I can make it stronger.

When I finish writing a book, my brain is so tired I can't speak a coherent sentence, much less write one. I haven't always been this way, but I've been pushing it hard. I started writing seriously in June of 2010. For a few years, I'd type "The End," open a new document and write "Chapter One." I never took a break.

Then the migraines hit and I came to a complete halt. Now, I have enough sense to take a bit of a break. For example, after finishing this last book, I slept for two days, including the afternoon matinee Calvin and I went to. I snoozed during parts of a meal at our favorite Chinese restaurant. I even fell asleep in Walmart, leaning against the shopping cart waiting for the pharmacy to fill a prescription.

Those two weeks of much planned rest were also meant to spoil Calvin a little. He's so good about my writing. I mean, the man even mops the kitchen floors and cleans the oven. We are, in essence, a writing team. I write; he supports me in any way he can.

I'd also planned to wash my living room curtains, clean our master closet and clean the scientific experiments out of our refrigerator. But I was starting to miss writing. Three whole days had passed. I hurried to complete my list of non-writing tasks. 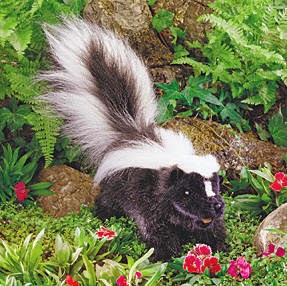 Then I read our niece's post on facebook about our nephew letting their two dogs outside one last time before going to bed. Both had been sprayed by a skunk. She went on to say how her husband had researched online and found feminine douche to be safe and effective in removing skunk odor.

I envisioned him charging into a drug store and scooping all the douche products off the shelf into a shopping cart. Once I stopped laughing, an opening scene came to mind. Would it work for book two of my firemen and marine rescue team in Clearwater, Florida? You know, the moment when the heroine and hero meet. So, I opened a new document and formatted it. Not that I was going to write anything, mind you. I was just getting things ready...after all, I was taking some time off....well, somehow before I could help myself, this rough draft appeared... It's a compulsion, I tell you!

Of course he's talking about his 3 dogs and she mistakenly thinks he's talking about women. It's rough, I know, but inspiration comes from many places...and I'd been three days without writing. I was starting to get the writer shakes. Read more about my writing at www.vonniedavis.com.