How many books does an author have to write before you become a fan? I ask this question because there has been a great deal of discussion lately about how many books there must be in a series before readers really become fans. The magic number seems to be seven, however, that isn't written in stone.

I've enjoyed many series that were only three books long and found this very fulfilling. Several authors have written twelve to fifteen books in the same series, and the readers come pouring in to stay up with the latest installment.

I think if you're reading about a family or a place, the stories can go on as long as the writer wants to write in that series. As long as they aren't dragging people out of the woodwork to come up with a new story. It all has to be come organically from the series. We're not really interested in a distant cousin that shows up out of the blue. We want to read stories about people we've been following. At least, that's my take on series. What about you?

That's why many readers will ask an author, "When are you going to write so and so's story. I've been hoping your next book would be about this secondary character that's been showing up since you started the series. I can't wait to read the story of the guy you just introduced in your last book." 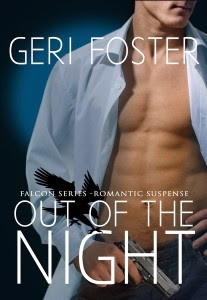 Recently at a book signing a reader came up to me and ask me to never run out of Falcon agents. She loved them all and looked forward to reading stories of the agents I've already introduced. Of course, that's exactly what a writer wants to hear. I asked her how many books she needed to read in a series to get hooked, she said as little as two. She's obviously willing to wait for that next book in the series to come out.