My Sons Called My Daughter a Moose by Vonnie Davis

Writers have active imaginations. Sometimes too active, too comical, too bizarre, but it's how our minds are wired. When folks ask us where our story ideas come from, often it's from our over-active imaginations. We see an ordinary--or not so ordinary--thing and it touches something in us, setting off a stream of "what if's." 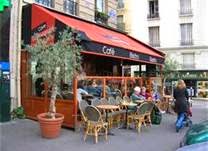 Like the day Calvin and I were sitting at a sidewalk cafe in Paris. I had an "umburger" (the French do not pronounce the h in the word) halfway to my mouth when a guy on a Harley slowly eased by. This was 8 years ago and most weren't wearing helmets at the time, so the air lifted his shoulder-length hair, causing it to drift back like the models in model shoots with fans blowing on them.. But what caught my eye were the angel wings attached to his back. Big, long, alabaster feathers that dragged on the cobblestone street. Now picture me, "umburger" stilled inches from my mouth, which was gaping open at the sight, while the photo shutter of my mind clicked and whirled, taking mental pictures of this guy and his angel wings. He became the opening scene of a book five years later. An undercover agent, working among Parisian's avante garde, searching for a terrorist. 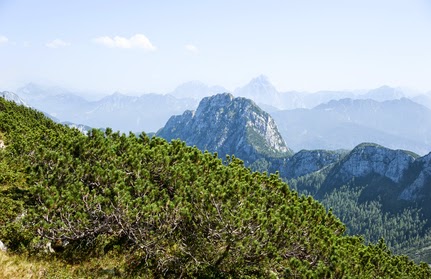 Friends of ours own a cabin in the Great Smoky Mountains of North Carolina. Driving up those mountain to get there is a nerve-wracking ride for me, but the view is well worth it. So are the long walks through the thick forests. I've never been to Scotland, but I imagine the sights, sounds and smells are much the same. I use my imagination to turn the Smoky Mountains into the Scottish Highlands as I write, sitting out on their deck. Book one of my Highlander Beloved Trilogy releases from Random House Loveswept August 19th. 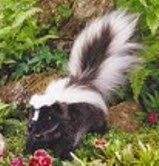 Facebook posts conjure up story ideas, too. My husband's niece once posted that their dog had gotten sprayed by a skunk. After researching online, her husband discovered that Messangil douche was the best thing to remove the odor. Well, once I stopped laughing, an opening scene for a book came to mind. Harper just told me Firestorm, book two of my firemen's series releases the beginning of January. 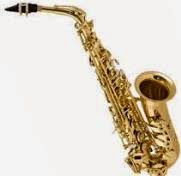 My daughter took saxophone lessons for a year in elementary school. Her younger brothers called her Moose because...well...the saxophone just was not her instrument. There's no shame in that. In fact, I took her experience and wrote a scene around it for To Catch a Flame, book one of my Firemen's Wild Heat series. This book releases the end of August. I even got her blessing on it.

First, a bit of intro. Cassie has been in love with Quinn since she was 18 and he thought she was an annoying kid. Well, she's 21 now and is determined to get her man. She's got Quinn a tad scared 'cause he's fallen in love with her over the years AND she's his best friend's baby sister. For some reason, guys have this don't touch your BFF's little sister code. So he's moving out of town and she's just found out. Whew! Is she one angry woman. They had words at the U-Haul trailer, and the dummy had the nerve to walk away from the woman while she was in full rant. Now, I ask you, ladies, what kind of man does that?


Had she given up and gone home? He carried the box containing his microwave into the living room and peered out the sliding glass doors overlooking the parking lot.
Holy Mother of God!
How in the hell had she gotten his Harley untied and out of the trailer? She’d pushed it onto the small patch of yard in front of the apartment building. All of his neckties flapped from the handlebars and what looked to be his jock strap was stretched across the back of its seat. Jammed into the ground at both ends of his bike were his water skis. The rope that had secured his bike upright in the U-haul was now strung from one ski to the other with all of his damn boxers hanging from the rope. In a semi-circle around the bike sat his high school and college football trophies.
His gas grill had also been dragged from the trailer, and hanging like dogs’ ears from the closed chrome lid was every sock he owned. He narrowed his eyes as his blood pressure exploded through the stratosphere. Because there…there…in the midst of all his previously packed boxes was the object of his wrath, kicking each of the cartons, arms waving, mouth moving as if she were cussing someone out. And he had a damn good idea who that lucky son of a bitch was, especially when she scowled up at his balcony and shook her fist.
Just what the hell did she think all this chaos would do?
She stormed back to the trailer and crawled into its cavernous interior. He leaned toward the glass and cocked the box on his hip. Now what was she after? His gaze scanned his belongs scattered helter-skelter over the lawn. She’d already removed everything he’d worked so hard to pack. Except for his…oh no. Oh, hell no! A flurry of movement flashed in the corner of his eye, followed by an unholy sound, resembling a moose in heat. His narrowed gaze swung to Cassie standing below his window playing his treasured saxophone. If one could classify the metalized shrieking she produced as playing.
She’s a dead woman. That horn’s all I have left of Uncle Mat.
He slammed the box onto the sofa and barreled out of his apartment. By the time he sprinted down the steps and charged through the building’s door, every damn dog in the complex was howling along with Cassie’s demented saxophone caterwauling.
“What the hell are you doing?” He tried to grab the instrument from her hands, but she spun and hit a high note he’d never imagined an alto sax capable of reaching. 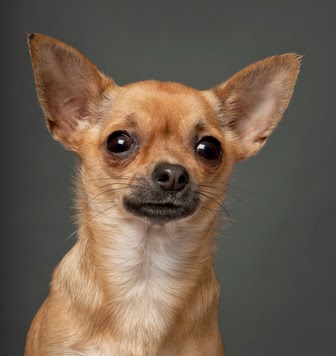 “If you don’t stop that infernal racket, I’m calling the cops!” Milt Garland, the old coot who lived on the first floor, ambled out of the building, put-putting as he walked. The senior citizen had a terrible problem with gas and either his hearing was so bad he never heard it or he just didn’t give a damn if everyone else did. “I had to turn down my hearing aid.” He gestured to his trembling Chihuahua, snuggled between his arm and his chest. “Scared poor Killer so bad, he peed on the floor.”
“I’m sorry, Milt. I’m trying to stop her.”
Cassie slipped the mouthpiece from her lips. “I’m serenading the man I love. Don’t tell me you’re against romance, Milt—” She hip-bumped the old man and winked at him. “Not a stud muffin like you.”
Milt’s wire-framed glasses all but fogged up and a cheezy grin spread. “Well, no, I’m all for a little romance, sugar plum.” His gaze shot to Quinn. “Don’t know if this young whipper-snapper can deliver, though.” He smirked and his pigeon chest puffed out. “Maybe you’d be better off with an older, more experienced gent.”
Shit, as if this old man could be as experienced as I am.
She leaned against Milt’s bony shoulder. “I’m going to marry this young whipper-snapper.”
Milt narrowed his eyes and pursed his lips while he petted Killer. “Don’t look like the marrying type to me.”
Quinn folded his arms and widened his stance. “That’s because I’m not the marrying type. I’m more the one-night stand type.” This whole conversation was totally bizarre. He glared at Cassie. Thanks to her shenanigans, he’d have to repack everything.
“Oh, you can make book on this, Milt. Hot lips here is mine. His ass is grass and I’m the lawn mower.” Cassie sucked a bucketful of air and blew four sour notes at one time.
Quinn jammed his index fingers into his ears and cursed.
Milt farted, jerking his hearing aid out of his ear.
And Killer pissed on Milt’s shirt.

So, where do our story ideas come from? From the way our over-active imaginations see life and turns memories into something a tad different.


You can read more about Vonnie's writing at www.vonniedavis.com
Posted by Vonnie Davis ~ Romance Author at 12:00 AM