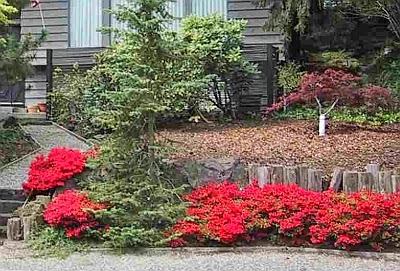 I write a lot more in bad weather, but I’m not complaining at all. At this moment, it’s 85 degrees outside (hot for Seattle!) and flowers are blooming everywhere. The good news—birds are chirping and busily building their nests. The bad news—the woodpecker that is the size of a Cessna is back.


One of the nicest spring activities is sitting on my back deck, just me and my Kindle. I read a while, watch the birds for a while, then read some more. When I read inside, I can go for long stretches of time before I ever look up from my Kindle. On the deck, well, it’s time to slow down and sip. 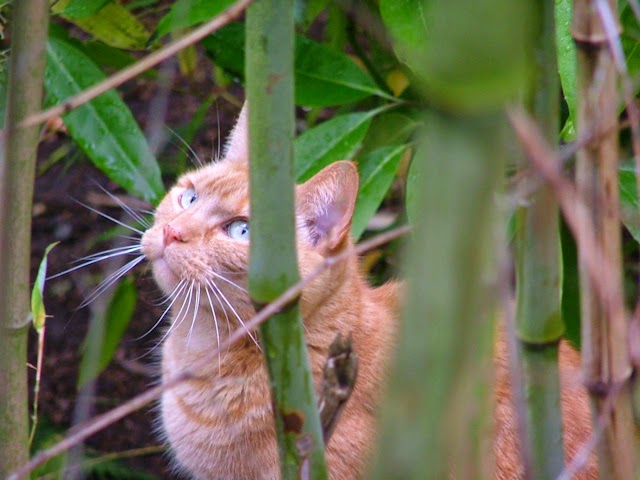 Our cat enjoys spring, too. Annie has a playmate—a squirrel. Other squirrels are prey (Annie was a feral cat and even though she’s small, she’s still a Mighty Hunter), this one is her buddy. They chase each other and play hide-and-seek. I worried that she’d bother the squirrel’s babies, but Annie ignores them and seems to know those little squirrels are out of bounds.


There’s always a lot to do this time of year. We have three April birthdays to fit in besides all the yard work and spring cleaning. Ha! Who am I kidding? Our annual spring cleaning happens about every five years. It really needs to happen this year but my writing schedule makes that not very likely.

What’s up next for me? I’m currently working on a traditional western short story, the second in my Muleskinners series. The first is Judge Not and was published in Western Fictioneer’s Wolf Creek, book 6: Hell on the Prairie. This is a first-person account of Elsie Parry, a survivor of the Civil War, who finally hooks up with her father and then her brother seven years later. All she has is her mules—eight draft mules all named after Greek gods. In the second story, she, her brother Zeb, and childhood neighbor Hank, head out from Wolf Creek to Kearney, Nebraska, with a load of salt. We’ll see what happens!

Next, I’m writing another short story for the Wolf Creek series—not sure the title of the anthology but my story is a prequel to Sleight of Heart. Burke O’Shaughnessy is 19 years old and is on his own. He has a lot to learn before he ends up the thoroughbred gambler that Lexie Campbell meets.


During all this, I’m also working on the fifth book of the Hearts of Owyhee (pronounced oh-WIE-hee) series, Much Ado About Mustangs. Not sure when that’ll get done, and I just agreed to write a short story for the Prairie Rose Publications Halloween anthology about a sorcerer in the Old West. I’m really looking forward to that one! And I have another project coming up with my favorite author, Caroline Clemmons, that I’m extra excited about!


Hmm, maybe I should be writing on the back deck instead of watching birds and reading. Except watermelon juice isn’t good for keyboards. 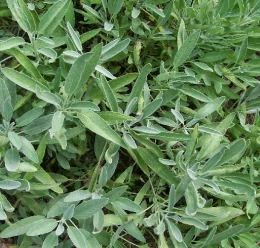 Meantime, we’re preparing pots for each of the grandkids to plant something edible this Sunday. One has picked chives and another wants to grow beets (not sure how that’s going to work in a pot), so we’ll see what happens there. It would be nice if one of them opts for sage and/or dill. I’m hoping the boys will actually water the plants (instead of each other) after the first week.

What’s your favorite part of spring?