Whew! That Was Close by Bea Tifton

I’ve always  believed I had an angel on my shoulder, and an exhausted one at that. I’ve had so many close calls. Keep in mind; this was before everyone carried cell phones.

When I was five, I often played in the front yard. This VW bug drove past often, and my mother and I would wave.  Mom supposed they were neighbors, but we didn’t know them or where they lived. One day they drove past when I was playing alone in the yard. The driver drove up and the passenger woman got out. She said, “Hey, wanna ride?” "No." "Oh, come one. It'll be fun." I realized she was inching forward.  I turned to run just as she lunged. I actually felt the rush of wind her hands made as she tried to grab me. I ran inside my house and yelled for my mother. We never saw that VW Bug again.

In college, I lived in apartments after my sophomore year. One apartment had a terrible parking problem. Since the parking lot didn’t have assigned spots, I often had to walk from the outermost parking lot. The apartment complex itself was adjoined to empty fields on two sides. It was late, and I couldn’t find a parking spot anywhere close. I considered just parking illegally right outside my apartment, but the manager was ruthless about towing so it was like playing, “Let’s beat the tow truck” to do so. After dithering, I finally resigned myself to the farthest parking spots. I noticed a man standing in front of one of the apartments staring at me. It was a huge complex, so he could have lived there. I hesitated, but I needed to go home and I wasn’t sure what to do. (I was younger or I would have moved the car and braved the tow truck. Then the next day begun advocating and starting a petition to make the parking safer for residents.) I finally took a deep breath and got out of the car. I stared the man right in the eye, then turned and power walked to my apartment. The next evening, a girl next door was mugged. Several of the residents heard her screaming and as the man ran across one of the fields next door, several college boys tackled him and sat on him until the police came. It was the man I had seen watching me. 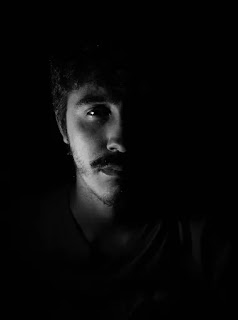 For years, I had this dream that I was attacked and killed. I took precautions, but the dream persisted and I thought that was probably the way I would die. One evening I was visiting a friend of mine who lived one street away from  my house. I could see the corner of her house if I stood in a certain place in my front yard. Anyway, it was dark and late but I lived so close. How many women have thought   that to their peril, and how sad is it that we have to worry about such things? Anyway, this big guy drove past me in his car as I started to walk home. He gave me a look that made the hair stand up on my arms. As he drove down the block, I ran back to my friend’s house and told her about the man. As we were buckling up in her SUV so she could take me home, the car came past at a crawl. I ducked down as my friend watched him. “He’s looking for you,” she said quietly out of the side of her mouth. She waited until he drove past, then drove me home quickly.  I knew I had had a really close call. And I never had that dream again.

I guess that as I’ve become older and hopefully wiser, I realize that the most important thing to take with me from all this is that I need to listen to my intuition.  So, dear readers, listen to your instincts Call 911. Look people in the eye. Make a scene if you’re really uncomfortable or being threatened. Avoid those close calls before they come too close.

But live your life without being consumed by what ifs. 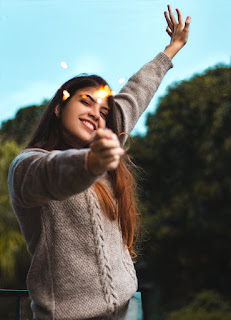