Is there anything better than a good cookie? I’m aware there are all kinds of desserts people are fond of. More variations seem to come along every day. After all, Martha Stewart has made a “living” concocting desserts that are pretty to look at and too complicated to make. Or maybe that’s just me?

But I think there’s nothing like a good, well turned-out cookie, preferably homemade and recently removed from the oven. Still warm. My favorites are soft yet not falling apart. Making them truly is an art, as anyone knows who has nearly broken a tooth on a chocolate chip cookie.

When I think about where my love of cookies developed, I think of my paternal grandmother. Her name was Florence and she was just that elegant, to be able to wear the name of a romantic city.

Grandma Florence lived until a few weeks shy of age 102. Long enough to hold my daughter who was born two months before that and say to her kindergarten-aged brother, “I remember you when you were this age.”

We’d had many, many of her cookies over the years by then. She made a variety. Does anyone make brown sugar cookies anymore? There were oatmeal cookies with raisins. Some flavors of unknown origin showed up, faintly tasting of lemon. All were good. My aunt told me once that Grandma might substitute flavors if she didn’t have the exact ingredients. It wasn’t about the precise recipe with her.

Grandma regularly had our family--my parents and we three siblings--over for dinner. At the end of the meal, she might offer other desserts. She could make just about anything, including pies with the flakey crusts. But there were always cookies. She arranged a few on a small plate and offered them to us.

My best, most vivid memories are of her standing in her kitchen holding her ceramic cookie jar. She’d lift the lid and instruct us to reach in and grab the one we wanted. When she doled cookies out this way, it felt like pure love in the form of a baked good. 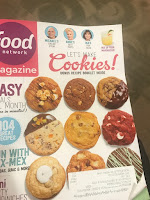 Decades after Grandma had passed, I had a brief reacquaintance with her “neighbor boy,” who lived in the house behind hers. He was an adult by then and I remembered his name because she always spoke fondly of the family. We’re from a small town where everybody really does know everybody. He informed me that he and his brother had mowed Grandma’s lawn for years. “When we were finished, she’d give us tea and cookies. She made the best cookies.” His smile at the memory said it all.

I remembered that my English teacher in high school literally lived next door to Grandma. In the middle of class once, the teacher mentioned that she’d had one of Grandma’s cookies recently, saying, “Cathy, you know how good they are.” A guy friend leaned over and teased me, “How good are they?”

Fast forward to about five years ago, when a cousin brought out Grandma’s cookie jar at the Christmas gathering, saying she wanted to pass it along. I thought my heart would melt, like in a scene from a Hallmark movie. Made with brown stripes criss-crossing it to look like a barrel, it had a curled faux rope loop on top. No one else seemed impacted as much by seeing it, so I didn’t hesitate to take it with me, where it’s stayed ever since. 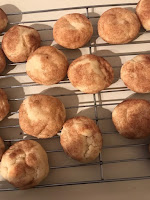 I’ve tried to pass along the love of cookies to my kids. They think my chocolate chip cookies are the best there ever were or will be. My snickerdoodles are borderline legendary on the other side of the family. Maybe this is how it should be. I’m not my grandmother’s granddaughter for nothing. 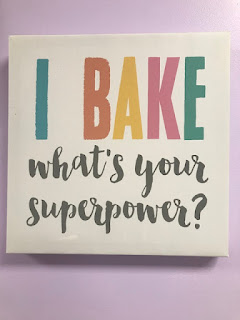