The Dog Days of Summer and a New Puppy- Sherri Easley 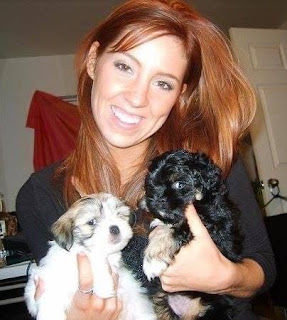 Fifteen years ago, I went to Canton Trade days and bought two puppies. One for me, and the other for my daughter. Before you scold me, understand that I lived in a very rural area and we had no shelters. All I can say to this is to repeat Maya Angelou’s quote of “Do the best you can do until you know better, then do better.”

I let my daughter choose, and she chose the little black one and named him Mister, leaving me with the white one- I named Bandit.

Mister was some pup, eating a sim card, a set of hearing aids, and sugar free gum which ended up in an emergency trip to the vet to have his stomach pumped. He also tore up carpet and ate several door frames. For the nine years before she had children, he was my daughter’s baby, dressing up for Halloween and going on adventures.

I called Mister my Grand dogger because my daughter was in college, and he lived with me almost as much as he lived with her. Sometimes I traveled 200 miles round trip to meet my daughter to get him so he could come home with me.

Bandit lived in the country with me. He was quiet and reserved and didn’t live the glamourous life of Mister, but I am not sure his personality would have been right for that. He loved Mister, and it was like cousins visiting when they were together. 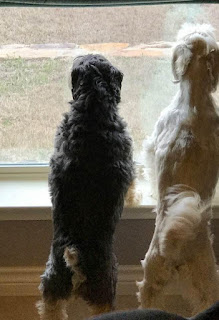 Both were sweet babies that brought an enormous amount of joy into our lives.

We lost Mister to bone cancer early this year, and I lost Bandit to cancer at the end of July. Both had already lost their hearing and were growing senile, so it was their time, as hard as that is to accept.
Initially, I wasn’t sure I wanted another pet. I have two cats, Button and Bobbin and my ten-year-old Shih tzu, Pekingese mix, Snooki. I did not realize how much I had been working to clean up after Bandit in his last days and life was easier, not constantly wiping up puddles, but Snooki seemed to be depressed.
I began the process of finding a dog to adopt. There are so many pets out there, it is heartbreaking. I sent seven applications to rescues and heard from two, with both dogs already taken. I started looking every day at Petfinder, sorting by recent adds and found a couple of candidates. I was second in line for one pup and if it came to me, I would hear on Tuesday and was invited to go meet another at Petsmart. Then, my friend had referred me to a rescue, and a potential pup came up with that one too.

By this point, I was going to get zero pups or three, and I didn’t know which.

I went to Petsmart and immediately fell in love with Zeke and was chosen as his new mom. I was so happy after looking for over a month, I could have cried. 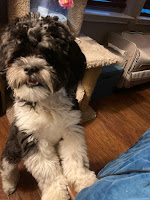 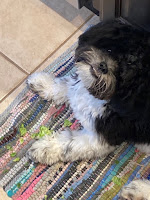 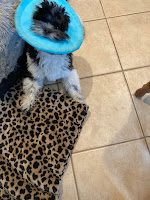 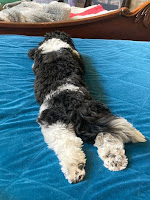 Zeke is an 8-month-old Shih tzu, owner surrender. He is very social and extremely smart. He loves water and enjoys jumping in the shower with me, although he does not like being dried. He reminds me of little Mister in his behavior and he loves my grandkids. 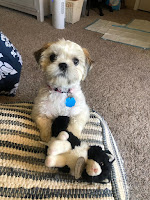 I did not get the call for the second pup, but I am still in line for this little girl. Another eight-month-old owner surrender. I am not sure if I will get her or not, but Zeke needs a friend with as much energy as him. His name should have been Bolt or Rocket, he is so fast.

I am pretty sure these will be the last pets I get, unless I adopt a senior pet. It is such a hard decision, but my life would be so lonesome without them.