For the Love of Lavender

“The air was fragrant with a thousand aromatic herbs, with fields of lavender, and with the brightest roses blushing in tufts all over the meadows.” ~ William C. Bryant 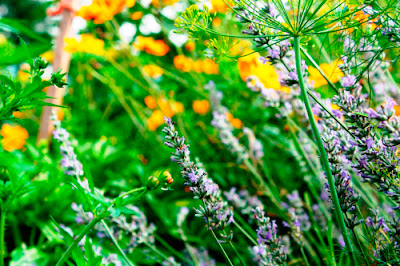 (lavender in our garden)

I'm happy to report success with lavender these past few years and I've been encouraged to plant more varieties. Phenomenal, which has lived up to its name, is an outstanding introduction in the lavender world. The shorter Munstead variety has proven reliable, and an even smaller one called Lavance Purple has made it through the spring and summer. The true test awaits it. My thoughts as to why lavender has survived the past two winters here with its tendency to freeze and rot is because I planted it along my rock border, a low wall I'm building by adding every rock I find. The stones absorb the sun's heat and give the plants some warmth and shelter from icy winds. I also mixed small stones into the planting hole for better drainage. Fingers crossed for this coming season.

If asked to choose my favorite herb, lavender would be at the top. The scent is wonderful, transporting even, and has a calming effect. Some enthusiasts take lavender internally, but I have not done this. I'm probably missing out. I've also used lavender oil to heal cuts and skin ailments. The oil helps ward off biting insects and mosquitoes. 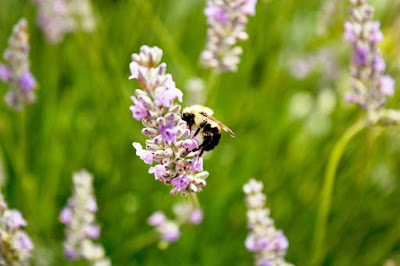 Lavender is a perfect companion plant for roses and beloved by bees and butterflies. When I envision old English gardens, lavender comes to mind, but this antiquated herb goes much farther back to ancient Egypt, Rome, and Greece. It's a biblical herb. There is a heated debate as to which plant is meant by 'lavender' in early references. A costly oil made from the rhizomes of Spikenard, a plant native to the Himalayas, is called both spikenard and nard and sometimes confused with lavender. That is believed to be the perfume Mary Magdalene poured on Christ's feet, unless it was made from true lavender or 'nard' as the Greeks called it. And then there's an aromatic herb called spike lavender, related to lavender, also used by the ancients that enters into the debate. 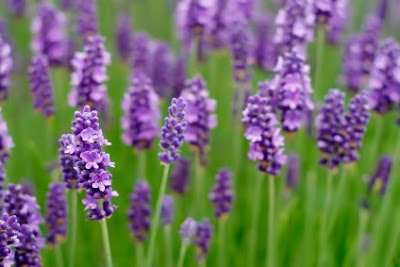 I'm not sure we can know for certain which plant is meant unless we go back in time. It's also unclear exactly when lavender arrived in England as the herb we know, but it seems to have been in common use by the sixteenth century. Some monasteries grew lavender much earlier, as monks were the keepers of herbs and the knowledge of their uses during the dark ages. Bless them. It's not worth a knock down drag out fight over lavenders arrival in England. As a local country woman once said of her toddler's moods, it's all 'right mixy.' So if you used lavender in an English historical and have gotten some flack over it, don't worry about it. You can justify its use well back if need be. Lavender is a fascinating herb with an amazing legacy stretching back into the mists of time.

I grow lavender, enjoy its beauty and fragrance, and use the lovely oils. I also use it in sachets, but you can do more. Let me know if you do. 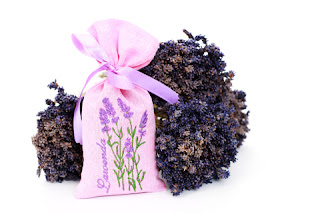