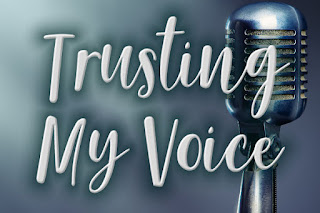 Taps microphone - Tap Tap Tap
"Is this thing on?"
Winces at the feedback.
"Oops.. sorry..."

And isn't that a frightening thing? Showing your heart to someone else?
Stagefright is no joke... who wants to perform something and then have silence afterward? Or a smattering of applause?
It's not so much about feeling appreciated, at least for me.. it's a validation of sorts.

My son is a much better performer than I am. He finds it easy to crawl into a character and 'be.' When I see him perform, I get chills... Honest to goodness, head to toe, chills.

In his senior year of high school, his second year acting, he earned the right to represent his school at the State Shakespeare competition. He had to perform a monologue and a sonnet for the competition and when I went to see him compete I had not seen him perform the two pieces.  He didn't want me to see him ahead of time, but that day when he got up on stage and performed a monologue by a young man about to die, the whole theater was hushed and then a sonnet about hopeful love through pain the air around me held a different charge.

How amazing it was to feel as though I had seen TWO DISTINCT CHARACTERS come to life before me. All in one person.

Writing books is like that for me. Now, I won't pretend to be as talented or skillful as his performace, but I do love the thrill of feeling as though I can bring characters to my readers. Hoping to bring them to life. Living, breathing, flawed, hopeful messes of people into my book.

But this 'voice' thing... finding a way of writing that is 'mine.'

That's tough. There are rules. Lots 'n lots of rules. Danging this and run on that... oh, and Oxford commas that Oxford doesn't even use anymore.
Beyond the rules there's voice.
And it's far too much like singing to be a coincidence.

Now, I'm not saying I'm going to be the Freddie Mercury of romance! That's too heavy a burden!

What I want to be... is me. I want readers to pick up a book and 'hear' how much I love romance. To feel how much I root for the underdogs and the broken. To taste tears and yes, joy. To scent fear, and yes, hope in the air. And... sometimes... to see things before the characters and then mentally shush them in the right direction.

I think I'm getting there. There are more and more times that I read through a book right before I submit it as a finished product and think.. yes, that sounds like ME.

Not quite to the point of it feeling like second nature, but the key is to keep going.

And me, I'm over here, sitting at my desk, working at it! 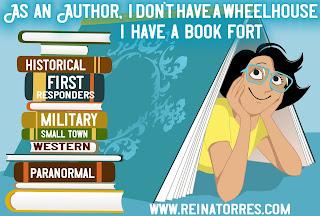