Being True to the Character by Paty Jager 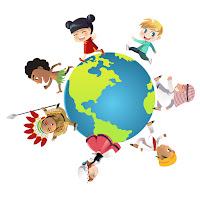 Back before there were any buzz words or political correctness, I wrote my first novel. It was a mystery with a Chinese American lawyer as the main character's love interest and a neighbor in a wheelchair who was a computer whiz. At the time I didn't think about writing these characters as having to know everything I could about being a Chinese American or living in a wheelchair.

I wasn't trying to add diversity to my writing. It was just how I see the world. I embrace everyone, no matter their ethnicity, handicap, or gender. The world is made up of many different people. Why shouldn't they all be read about in books?

I have two mystery series with Native American or American Indian, as they prefer to be called, main protagonists. I enjoy learning more about their culture in order to make the characters ring true in the books.

And that is the same reason I used a sensitivity reader for my latest Silver Dollar Saloon historical western romance. Freedom, the heroine in the book is a Black woman. While I understand a good deal about the struggles from reading books, I wanted to make sure that her feelings rang true to her upbringing and the times.

While the sensitivity reader praised some of the reactions and emotions I gave my character, she still had to give me a lesson in how my character would interact with others. The three pages my reader sent me on history and how certain scenes in my book were from my perspective rather than my character's, helped me create a better, true to the character, book.

So far the reviews on the book make me feel good about my decision to pay for a sensitivity reader. And that she also is a writer, helped her to show me where I needed to change things. She understood the story and helped me make it better.

Have you ever used or been a sensitivity reader? Do you think they help enhance a story?

Here is the blurb for Freedom book 3 in the Silver Dollar Saloon series. 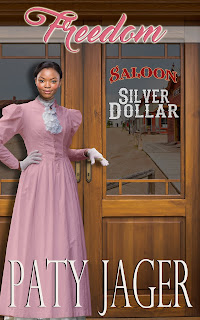 Their dreams brought them together. But will violence tear them apart?

Freedom longs to be out of the Silver Dollar Saloon, with a family of her own. When a white man promises marriage and children, she takes the biggest risk of her life, and follows him to the wilds of Montana Territory. Where he shows his true nature.

Water Runs Fast, a Crow off the reservation, comes upon a white man whipping a brown-skinned woman. After stabbing the white man and riding off with the woman, he realizes she is the woman from his visions. The one who pledged to help him and his people survive in the white man’s world.

On the run from the tragedy, the two grow close. Together, they begin a life as husband and wife. But will they have their chance at a life together, or will they hang for murder?

Paty Jager is an award-winning author of 40 novels, 8 novellas, and numerous anthologies of murder mystery and western romance. All her work has Western or Native American elements in them along with hints of humor and engaging characters. Paty and her husband raise alfalfa hay in rural eastern Oregon. Riding horses and battling rattlesnakes, she not only writes the western lifestyle, she lives it.
blog / website /  Facebook / Paty's Posse / Goodreads / Twitter / Pinterest / Bookbub